Steve Ballmer: Clippers have bigger fish to fry than Lakers 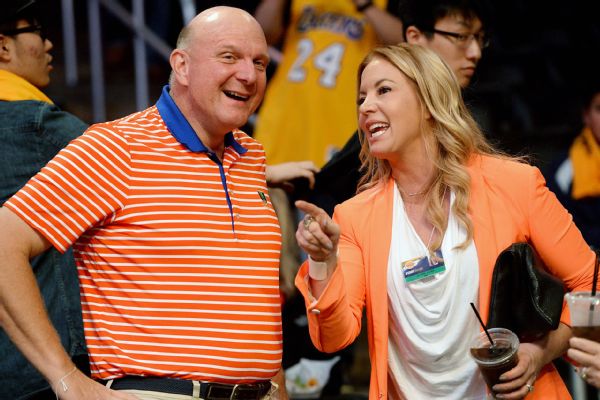 LA Clippers owner Steve Ballmer says his team has a bigger target in mind than overcoming the legacy of the Los Angeles Lakers and becoming the city's No. 1 basketball team.

Ballmer, in an interview with Business Insider, said the Clippers have their sights set on the rest of the NBA too.

"Our ultimate goal isn't to beat one other team," Ballmer told Business Insider. "It's to beat 29 other teams. If you tell me you were the top team in L.A. but the 28th team in the league, I say to heck with that.

"So in a sense, the best way to beat the Lakers is also to be the No. 1 team in the world, and that's what we're aspiring to do."

Ballmer's comments come after sources told ESPN in July thattheClippers were seeking to break away from the arena they share with the Lakers and had begun to explore potential sites for a new home.The Clippers have been co-tenants of Staples Center since the facility opened in downtown Los Angeles before the 1999-2000 NBA season.