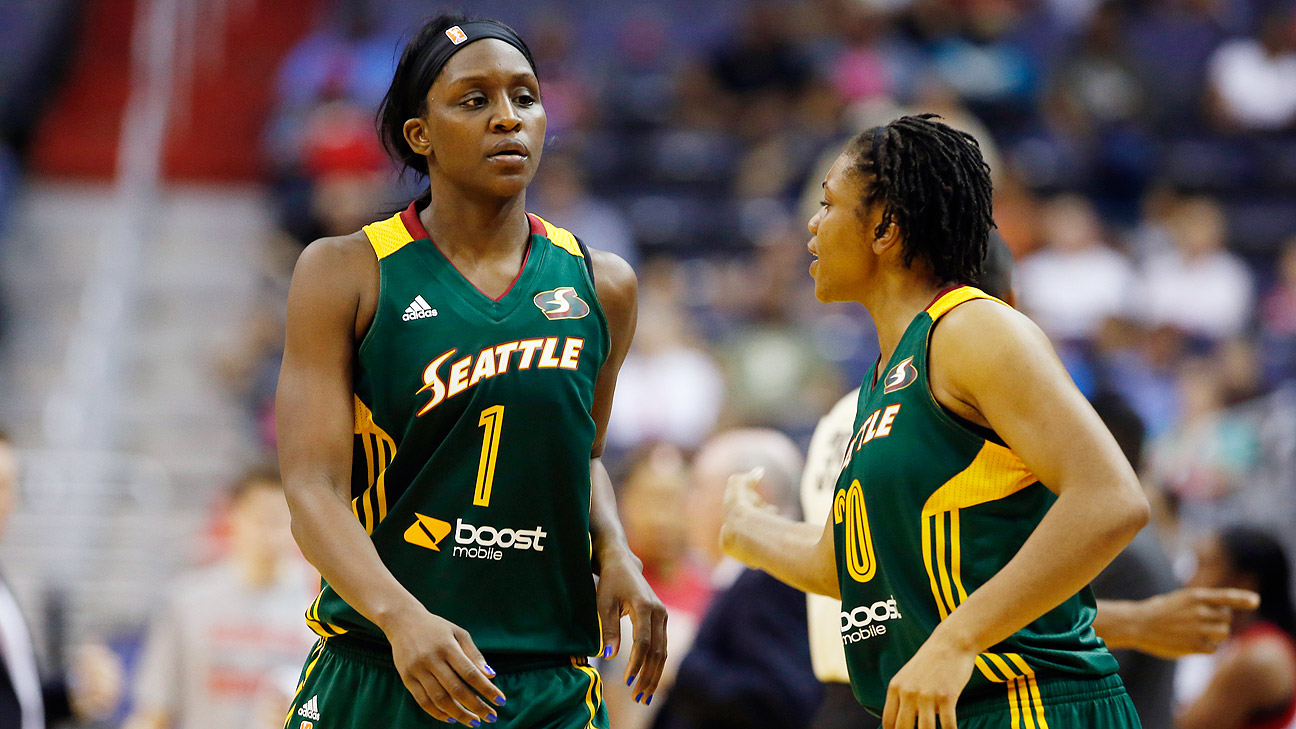 The defending WNBA champion Seattle Storm added one post player while another retired on Monday. The Storm signed forward Candice Dupree, a 15-year veteran and seven-time All-Star. Earlier in the day, the team announced forward/center Crystal Langhorne is retiring after 13 seasons in the WNBA and joining Seattle's front office.

Dupree, 36, was an unrestricted free agent who spent the past four seasons with Indiana. She was the No. 6 pick out of Temple in the 2006 draft by Chicago, where she played for four seasons. She then went to Phoenix via trade, where she played seven seasons and helped the Mercury win the 2014 WNBA title.


"To be 15 years in and have an opportunity to play for a contender and compete for a back-to-back championship is awesome," said Dupree, who has averaged 14.4 points and 6.6 rebounds in her career. "I look forward to playing alongside some of the best in the game and bringing another championship back to the great city of Seattle."

Langhorne was named the Storm's director of community engagement for the Force4Change initiative, a social justice platform the team created last year to combat racism and support diversity, equity, and inclusion.

"I am thrilled to be working with the Storm in this new role," Langhorne, 34, said. "I truly believe in the Force4Change initiative and I'm ready to help create meaningful change."

Langhorne was slated to make $105,000 on an unprotected deal in 2021, according to Her Hoops Stats, which now comes off the Storm's salary cap. Terms for Dupree's deal were not announced.


Seattle still has unrestricted free agents Sue Bird and Natasha Howard, both starters, unsigned. Howard, a 29-year-old forward, has the core designation, meaning she is limited to negotiating with Seattle. A source close to Bird confirmed more than a week ago that the 17-season veteran guard plans to re-sign with the team once its salary cap issues are settled.

Elswhere in the WNBA, guard Brittney Sykes, who turned 27 on Sunday, re-signed with the Sparks as a restricted free agent. Sykes averaged 10.1 points, 2.6 rebounds, 2.1 assists and 1.5 steals per game last year. She also was named to the WNBA all-defensive second team in her first season in Los Angeles after being traded from Atlanta.

Sykes started 14 regular-season games and the Sparks' playoff game in 2020. She was taken No. 7 out of Syracuse in the 2017 draft by Atlanta, and has averaged 11.1 points, 3.8 rebounds and 2.2 assists in her four-year WNBA career.

Dallas has signed forward Kayla Thornton, 28, to a multiyear extension.

Thornton was undrafted out of UTEP, then played 10 games with Washington after signing a training camp contract in 2015. She signed a training camp contract with Dallas in 2017 and has played 117 games with the Wings over the past four seasons, starting 72. She has averaged 7.9 points and 4.1 rebounds in her career.
Report a correction or typo
Related topics:
sportsespnnewswnbacrystal langhornebrittney sykeslos angeles sparksdallas wingsseattle stormespnw sportskayla thorntoncandice dupreeespnw
Copyright © 2021 ESPN Internet Ventures. All rights reserved.
More Videos
From CNN Newsource affiliates
TOP STORIES