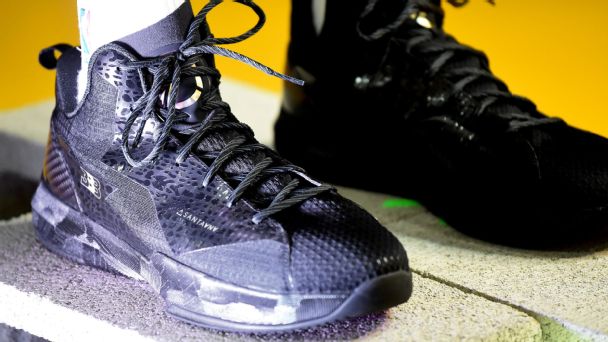 Los Angeles Lakers rookie point guard Lonzo Ball made a splash this spring when he debuted his signature Big Baller Brand sneaker at an unprecedented $495 price point. He continued to cause a stir at the Las Vegas Summer League when, after playing the first two games in his Big Baller Brand sneakers, he switched footwear on a game-to-game basis, wearing signature models from Adidas, Jordan, Nike and Under Armour.

Ball said at Lakers media day that he is committed to wearing his ZO2 Prime Remix on opening night, but he'll "go from there" when determining what to wear beyond that game. We'll be keeping track of Ball's sneaker changes all season long, including which kicks he's wearing and how he's playing in them.

Through two preseason games, Ball has stuck with his signature Big Baller Brand sneakers, just like he did through two summer league games in Las Vegas in July. It remains to be seen whether he'll change things up at all for the four remaining games this preseason as the Lakers prepare for the regular-season opener on Oct. 19.

After opening the preseason in his BBB signature sneaker, Ball switched to the Nike Kobe A.D. for his Staples Center debut. Ball previously wore the Kobe A.D. at summer league, dropping 36 points, 11 assists and eight rebounds against the Sixers with the shoes of a Laker legend on his feet.