The other fantasy fallout from Boston's big trade 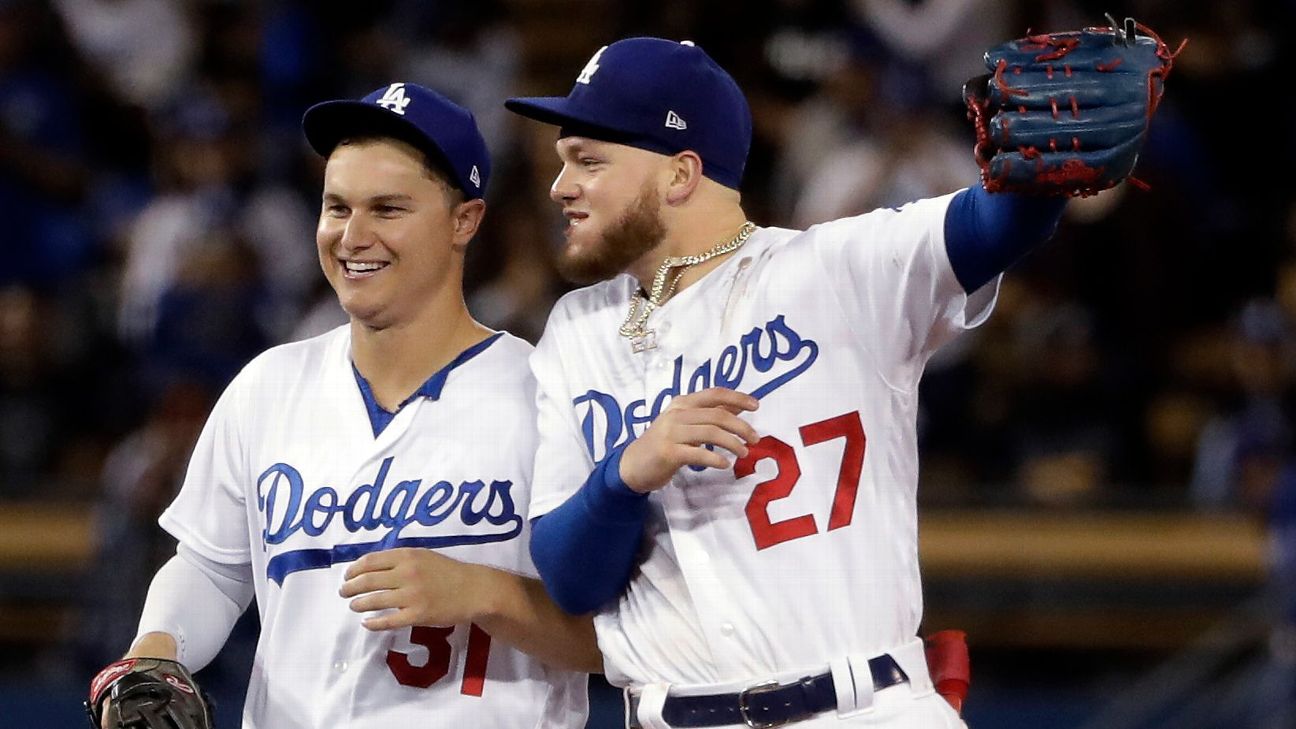 Mookie Betts might be the headliner and David Price is certainly a well-known name to fantasy baseball managers, but it's the other parts in these deals who became a lot more interesting as a result of Tuesday night's trade.

Joc Pederson, dealt by the Dodgers to theLos Angeles Angelsin a separate, yet related, transaction (straight-up for infielder Luis Rengifo)is the most interesting name on the move. Pederson, whose 36 home runs and .319 isolated power against right-handers in 2019 both ranked in the top-five in baseball, should immediately take over as the team's leadoff man against right-handed pitchers, giving the team an absurd top three of Pederson/Mike Trout/Anthony Rendon in those games (which will be in the majority, considering the game's greater number of RHP). Angel Stadium has played better for left-handed power since the team lowered the home-run line on the fence in right- and right-center fields before the 2018 season, which also helps Pederson's cause. In the wake of the trade, he's now a member of my top-50 outfielders for 2020.

Kenta Maeda, dealt by the Dodgers to theMinnesota Twinsin the Betts trade, should experience a similar boost. Since finishing 19th among starting pitchers on the 2016 Player Rater and 47th among starters in Wins Above Replacement that season, Maeda has averaged 24 starts, 11 relief appearances and 138 innings pitched over the past three years, bouncing back and forth between rotation and bullpen to make his management in fantasy leagues more difficult. In Minnesota, he should be a full-time starter capable of 30-plus starts and 170-plus innings. Considering his 2016-19 FIP ranked 36th (3.71) and his WHIP 24th (1.15) out of 164 qualifiers, that should make him a pretty good one. That will vault him up a couple of spots among my starting pitchers, to No. 45.

TheBoston Red Soxshould also present greater opportunities for the two players they acquired: OFAlex Verdugo from theLos Angeles Dodgersand right-handed pitching prospect Brusdar Graterol from the Twins. Verdugo, who batted .294/.342/.475 in 106 games before suffering an oblique injury in August, should take over for Betts in right field in Boston and has .290-20 potential if he's granted everyday at-bats and can stay healthy. Certainly he's a more interesting fantasy option now than fellow Red Sox OFJackie Bradley Jr. Verdugo belongs in the top 70 at the position in the same general area where you'd find a Kole Calhoun or Franmil Reyes.

Graterol, meanwhile, has a 100-mph sinker and a solid slider. It's not unusual that the Twins regarded him as more of a reliever than a starter when they auditioned him in the majors late last year. It's unclear yet whether the Red Sox might return him to a starter's role, but they now have an open spot in the rotation and could always shuffle him back to the bullpen if they have a need there. He should factor for the big-league club sooner than later in 2020, and has enough upside to be a late-round pick if he's shaping up as a rotation candidate -- or a sleeper stash if he opens the year in the bullpen.

If there's a drawback to this trade, though, it's one that is sure to frustrate the prospect-lovers. Slugging OF Jo Adell no longer has a perfectly clear path to the majors whenever he's ready for it in 2020. That shouldn't preclude you from drafting him, being that elite prospects often get their call when they're ready, not to mention that Pederson has his flaws against left-handed pitching and Justin Uptonhas had his share of injury woes in recent years.Things can always work themselves out, but if you've been dreaming of Adell being to 2020 what Juan Soto was to 2018, temper those expectations now.
Report a correction or typo
Related topics:
sportsespnfantasy mlbboston red soxalex verdugomlbfantasyminnesota twinsnews fantasylos angeles dodgersnews fantasy baseballjoc pederson
Copyright © 2022 ESPN Internet Ventures. All rights reserved.
TOP STORIES
Parade shooting suspect wore women's clothes to blend in: Police
Man dies after being injured by illegal firework in Montebello
IE woman viciously attacked by security guard outside bar, video shows
Highland Park 4th of July parade shooting survivors speak out
Parents of late NFL star Demaryius Thomas reveal he had Stage 2 CTE
What we know about the victims of the July 4th parade shooting
Illegal fireworks light up night sky across SoCal on July 4th - Video
Show More
Brittney Griner writes letter to Pres. Biden pleading for his help
11-year-old boy dies from fireworks
Hit-and-run driver sought after man in wheelchair killed in LA
Grand Park 4th of July Block Party returns after 2 cancellations
Suspect arrested in alleged sexual battery inside OC storage facility
More TOP STORIES News