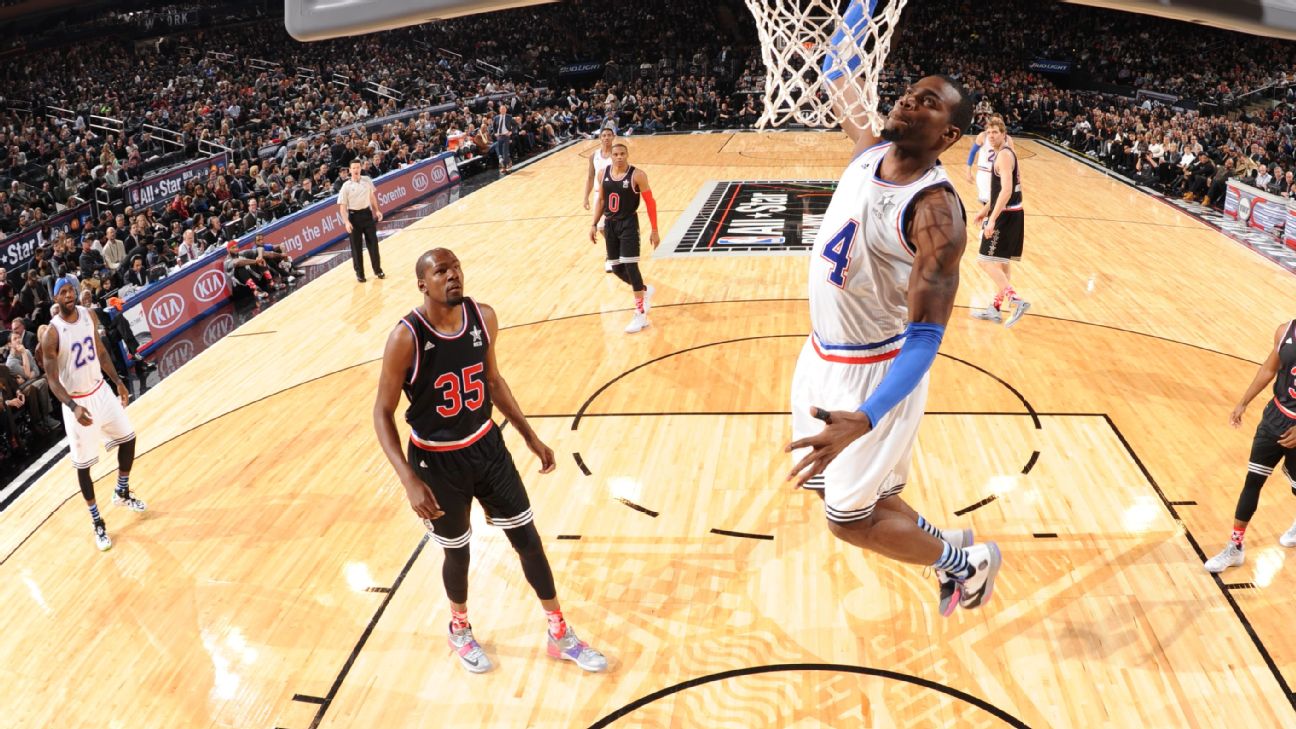 The Los Angeles Lakers and Brooklyn Nets are prepared to hoop like it's 2015.

The contenders will pursue the 2021-22 NBA championship with rosters featuring 10 selections from the 2015 All-Star Game, when newly acquired Lakers guard Russell Westbrook earned MVP honors for the league's midseason showcase.

Brooklyn has officially signed four-time All-Star and 15-year veteran Paul Millsap in an effort to support its Big Three of Kevin Durant, James Harden and Kyrie Irving. Earlier this month, five-time All-NBA selection Blake Griffin agreed to return to the Nets on a one-year deal.

Los Angeles, whose title defense last season ended via first-round playoff elimination, is entrusting a few familiar faces with its pursuit of banner No. 18, which would break a tie with the Boston Celtics for the league record.

Days prior to Millsap joining Brooklyn, two-time champion Rajon Rondo returned to the Lakers on a one-year deal. The three-time league leader in assists made 55 regular-season appearances for the Atlanta Hawks and LA Clippers before his recent buyout agreement with the Memphis Grizzlies.


He will be joined by fellow 2020 champion Dwight Howard in returning to Hollywood. Howard will be playing his third stint with the Lakers, who also added 10-time All-Star Carmelo Anthony this offseason. All three are expected to come off the bench for Los Angeles.

In total, with LeBron James, Anthony Davis and Marc Gasol taken into account, the Lakers' roster currently features seven players with an All-NBA selection on their résumé. According to Elias Sports Bureau, no NBA team has ever fielded that many in a regular-season game.


Brooklyn isn't far behind with six such players in the fold. Despite the Nets' aforementioned Big Three making only 14 combined appearances last season (including playoffs), Caesars Sportsbook currently favors them at +225 to win the franchise's first NBA title in 2021-22.

Last season, the Nets fell short in their pursuit following a classic seven-game series against the eventual champion Milwaukee Bucks, who enter 2021-22 with the third-best title odds.

A long season must be played before a champion is crowned. The Nets and Lakers appear ready to rely heavily on big-name veterans with plenty left to prove. 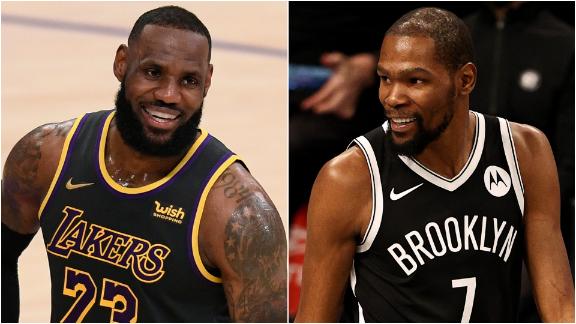