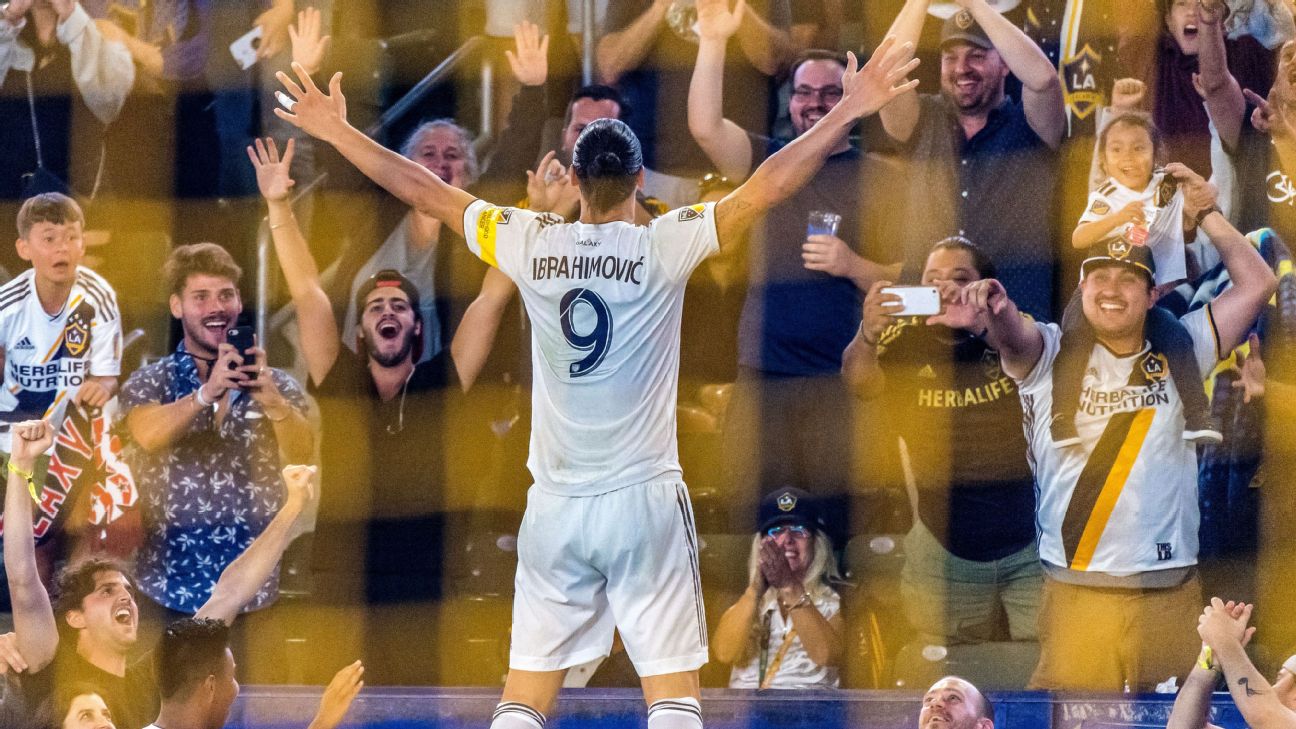 The transfer windows in Europe's top leagues are closed, but it's never too late to look forward to January. Click here to view the latest transfers, and keep up to date with the newest gossip below.

Zlatan Ibrahimovic has never been afraid to take on a challenge during his extraordinary career. And now Marca is reporting that his final port of call might be Argentina -- with the outspoken striker potentially following the likes of Daniele De Rossi to Boca Juniors.

According to Boca board member Jorge Anro, Ibrahimovic wants to join the club, and they would be more than happy to have him. Mino Raiola, meanwhile, denied the Argentinian club had put in a bid for the player, but didn't dismiss the prospect of his client leaving MLS to head to South America following the playoffs in the U.S. top flight.

Speaking to Mundo Boca Radio, Anro said: "It's true that Ibrahimovic wants to play at Boca, and it's true we're in a position to sign him."

So there we go. Pretty unambiguous stuff from the Boca exec. Mind you, the LA Galaxy would be loathe to let the Swedish genius leave, particularly after he scored his 29th goal of the season as the Galaxy found themselves on the wrong side of a 4-3 defeat to Vancouver at the weekend.

More proof that, even at the age of 37, the Galaxy star is still out of this world.

22.11 BST: We'll close Tuesday's live edition of Transfer Talk with some news coming out of Italy. Former AC Milan and Juventus manager Massimiliano Allegri wants the Manchester United job, should Ole Gunnar Solskjaer be dismissed, and the Guardian writes that the Italian tactician is learning English in preparation ahead of a move to Old Trafford -- or one of the other number of Premier League clubs who've reportedly reached out to the 52-year-old.

18.13 BST: Jadon Sancho's advisers are not convinced that Manchester United is the right club for the England international to join next summer, according to Goal, with the Red Devils' "decline" and lack of Champions League football give the advantage to Borussia Dortmund to retain the 19-year-old.

16.26 BST:Qatari club Al Rayyan have been sniffing around Juventus strikerMario Mandzukic, but AS Diario reports they are set to turn their attention to Atletico Madrid'sDiego Costa.

Costa, 30, is still very much a part of the Atletico setup this season but his poor goal scoring record since returning to Spain from Chelsea means the club are willing to listen to offers.

15.27 BST:Tottenham defender Toby Alderweireld was available for 25m this summer due to a clause in his contract but nobody was interested. Now Manchester United are reported to be back in for him, according to Tuttosport.

Having signed a one-year extension in the summer, Alderweireld can leave the club for free in 2020 and can discuss a move in January. But will anyone bite this time around?

14.42 BST: Get that gossip of Sadio Mane to Real Madrid cooking again... OK, don't. The Liverpool winger has denied talks of a rift with Mohamed Salah, after he was seen to be visibly angry with his teammate during the 3-0 win over Burnley in August.

"These things happen in football," Mane said in a news conference on Tuesday. "I was a little bit frustrated. You want to score more goals. We can see Man City's 8-0. But it can happen. He didn't see me. We're really good friends."

13.53 BST: The Times reports on Manchester United's add-on bill being at an "all-time high" after the summer moves forHarry Maguire, Daniel James and Aaron Wan-Bissaka, plus Fred and Diogo Dalot in 2017.

Better hope that United continue to struggle on the pitch, or this could get expensive...

12.01 BST:Thiago Silva's PSG contract ends in the summer and he told a news conference he's not worried about being released.

"Depending on the people watching my football, I am having a good start to the season," the 35-year-old defender said. "It is not just this campaign that I am starting well -- I have had good terms with PSG. I feel good right now -- very relaxed. I know my qualities, what I have brought and what I can still bring. At the end of this season, I hope we will have done what we are capable of doing. We will see if the club wants to extend my contract."

10.47 BST: Arsenal will be sending scouts to watch an18-year-old Hungary international this week in the Champions League, reports the Mirror.

Dominik Szoboszlai will be playing forAustrian champions Red Bull Salzburg in midfield againstLiverpool on Wednesday night and the Gunners will be watching.

Juventus are also reported to be interested in a move at the end of the season.

10.02 BST: Wolves have struggled to live up to the hype of last season's fine campaign, but Adama Traore might not be sticking around much longer.

The winger has attracted the interest of Roma, says Calciomercato, and could replace theinjured 31-year-old Diego Perotti in the summer.

09.12 BST: Under contract at Bundesliga.2 club Hannover 96 until the end of the season, U.S. youth international Sebastian Soto has not seen much action so far after failing to agree a new deal.

Despite a solid preseason, his first with the pro team, the 19-year-old has played just four minutes and, at the weekend, played the full 90 for the club's second team in the regional fourth division.

"You can see his quality. It was important he gets playing time. His attitude was top," Hannover U23 coach Christoph Dabrowski said of Soto following the 1-1 draw at Oldenburg.

However, Soto's quality might not be needed by under-fire coach Mirko Slomka, who said that the attacker only has a "slim chance" to beat strikers Marvin Ducksch and Hendrik Weydandt to a place in the club's attack.

08.30 BST:AC Milan boss Marco Giampaolo is under pressure as his side sit 16th in a 20-team table so far this season. That means that a number of possible replacements are being talked about in the media, one of which is former Arsenal manager Arsene Wenger, according toGazzetta dello Sport.

Dani Olmo has been a high-profile target for AC Milan in recent times, but comments from Pep Guardiola in the run-up to Manchester City's Champions League clash with Dinamo Zagreb might suggest that the Premier League title holders are also keen on the 21-year-old.

The Terrassa-born winger was in stunning form in the opening round of Champions League matches, starring for Zagreb as they thumped their Serie A opponents 4-0. Guardiola knows all about him, too, having been at Barcelona when Olmo was making his way through the youth ranks at the club.

He made the somewhat surprising switch to Zagreb in 2014, and since making his bow in the Croatian top flight in 2015 has emerged as one of Europe's most sought-after youngsters.

And Guardiola is clearly a fan. Quoted in Calciomercato, Guardiola said: "He was in the youth of Barcelona and normally who plays there is a good player. He had the courage to move to Croatia and it was a good choice. He was one of the best players of the European under-21s with an incredible work ethic."

-When does the transfer window reopen?

The speculation surrounding the long-term future of Jadon Sancho refuses to go away, and now Borussia Dortmund sporting director Michael Zorc has further fanned the flames in an interview with Germany's Kicker magazine.

Zorc was asked about how long football lovers in the Bundesliga could look forward to seeing Sancho run out in the fabled yellow shirt. The answer? "No decision has been made. But you don't have to be a prophet to know he won't play here for another five years."

That should make ears prick up in the Premier League, particularly at Manchester United, who have been consistently linked with a move for the player over the past 18 months.

- Barcelona want AC Milan striker Krzysztof Piatek as a potential long-term replacement for Luis Suarez. Calciomercato reports that the move for the youngster could come as early as January, after the Uruguayan has failed to find his form in the early part of the current campaign.

- Speaking of Barcelona and the aforementioned Olmo, the Catalans are keen to re-sign their academy project, along with two other top targets, as they are already beginning to look ahead to the 2020 summer window and next season. Could Zlatan still produce in Europe like he used to?
Craig Burley says Zlatan Ibrahimovic reminds him of Ruud Gullit late in his career and lays out how Zlatan would fare if he returned to Europe. 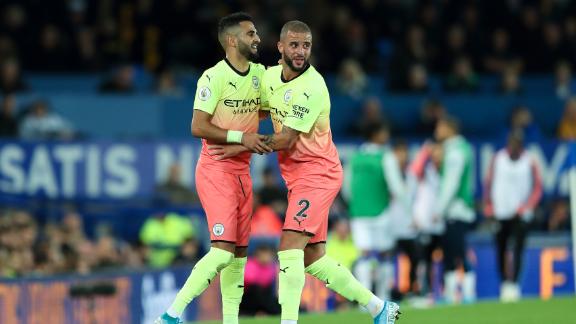