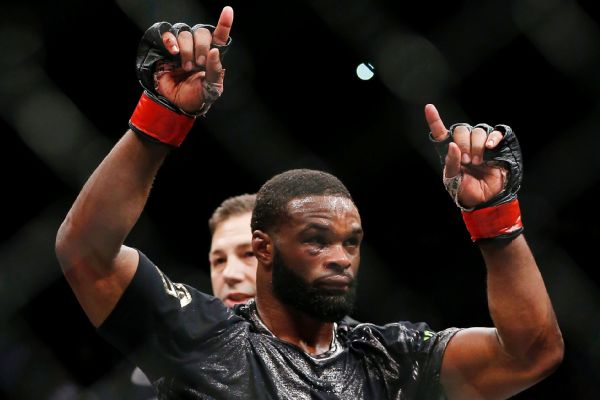 Tyron Woodley claimed Wednesday that race has affected his stature as UFC's welterweight champion, saying he is "the worst-treated champion in the history of the UFC."

During an appearance on SportsCenter, Woodley, who is black and was born in Ferguson, Missouri, suggested the UFC hasn't promoted him as well as other champions -- nor has the fan base embraced him like other champions.

"Let's put the cards on the table," Woodley said. "Real is real. If I was a different complexion, I think people and fans would treat me a different way."

Woodley, 34, is scheduled to defend his 170-pound title against Stephen Thompson at UFC 209 on March 4 in Las Vegas. It is a rematch of a majority draw that took place between the two at UFC 205 in November.

Prior to accepting the rematch, Woodley expressed interest in several other opponents. He said the UFC's marketing campaign for UFC 205 made it seem as if Thompson was the champion, not him.

"Going into [the last] fight, I feel like Wonderboy was promoted as the champion," Woodley said of Thompson. "I'm the champion. I knocked out the baddest welterweight in the world [Robbie Lawler] in record-breaking time. I don't get the respect I deserve.

Woodley has been a betting underdog in seven consecutive fights. He went on to say he's not in the "genre" of athletes the sport currently favors.

"People don't like to hear it, but it's the culture of our sport. We're dealing with a different set of rules," Woodley said. "UFC fans in general go through niches, genres of people. This is the genre where they want to see a clean-cut guy like [Thompson], doing razzle-dazzle, super flashy.

"Some people would say that's race in the sport. The second I bring up race in the sport, I'm immediately race-baiting. But I can point out clear facts, where no other champion has been treated like me."

Thompson (13-1-1), who is from South Carolina and comes from a karate-based background, disagreed with Woodley's perspective.

"I don't see that at all," Thompson said. "I think we were promoted the same way [ahead of the first fight]."

Last September, Woodley took exception to a social media post from the UFC, which showed a highlight of a knockout loss he suffered in 2012.

The highlight was accompanied by a caption that read, "Remember when [Marquardt] did THIS to the current UFC welterweight champion?!"

Woodley (16-3-1) said he's not the only example of an African-AmericanUFC champion being treated questionably.

"Who's the best pound-for-pound fighter in the world right now? [Flyweight] Demetrious Johnson," Woodley said. "Why doesn't he have the best endorsements? Why is he not making the most money?

"The second [former light heavyweight champion] Jon Jones slips on a banana peel -- granted, he's his own worst enemy -- but they can't wait to throw him under the bus." 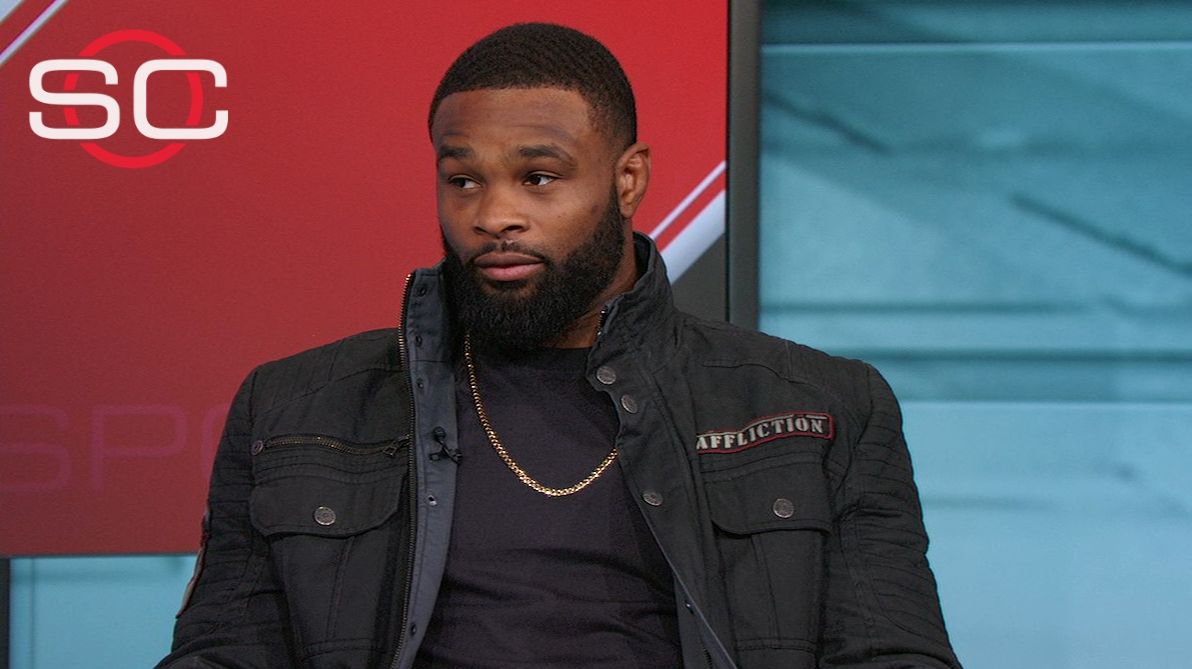 Woodley feels he's dealing with a different set of rules
UFC welterweight titlist Tyron Woodley says that no other champion has been treated like him and that if he had a different complexion, "people and fans would treat me a different way." 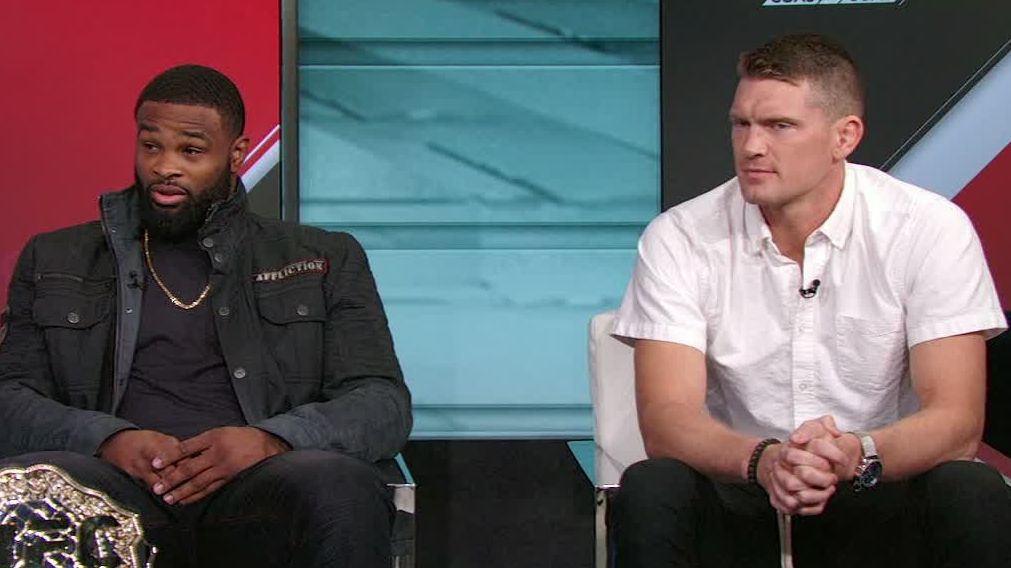