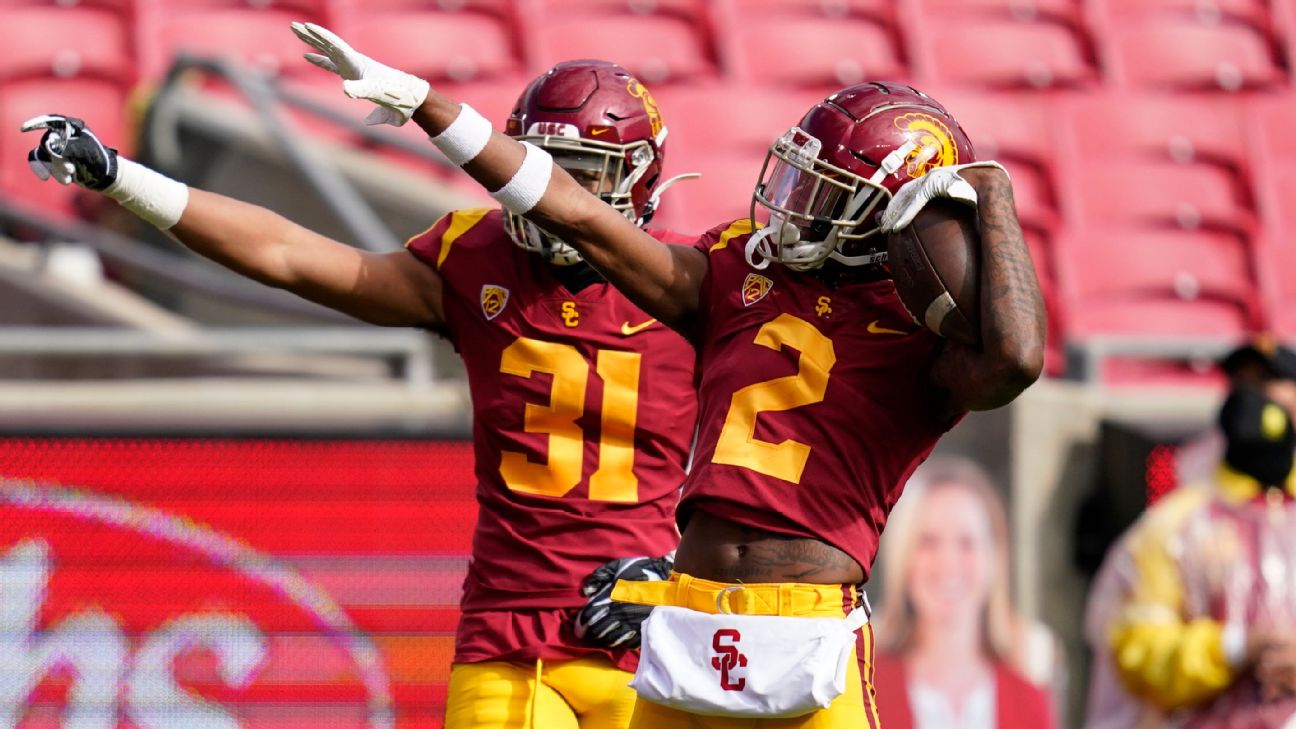 Known for his hit song, "Regulate," with the late Nate Dogg that was released in 1994, Warren G offered a show of support for his son and newest team Tuesday afternoon.


"I'm rooting for my son to come there and make the team and add value to the mafia success," he wrote on Twitter. "He is a true baller and built his own stage for himself. I'm just a dad supporting my Son."

Griffin is also the nephew of producer Dr. Dre. The former five-star recruit shared a message after signing with Buffalo.

"Let's regulate #BillsMafia," he wrote in an ode to his father's smash hit.


Griffin was a two-time All-Pac-12 honorable mention as a sophomore and junior, and has experience at both outside cornerback and special teams -- both areas of high value to the Bills. Considering the team's lack of depth at outside cornerback, Griffin does have a path to the roster in similar fashion as UDFA-turned-starter Levi Wallace.

The 5-foot-11, 176 pound Griffin does have some injury concerns, as he had surgery on both shoulders following the 2018 season and back issues in 2019; the lack of medical information compared to years past may be a factor in why Griffin went undrafted. However, he does excel in zone coverage, which is one of the Bills' predominant defensive schemes.
Report a correction or typo
Related topics:
sportsespnnewsolaijah griffinnflbuffalo billsusc trojans
Copyright © 2022 ESPN Internet Ventures. All rights reserved.
TOP STORIES
Father of UCLA grad student stabbed to death at her job speaks out
Family seeks justice for teen found dead along freeway in South LA
Starbucks no longer requiring US workers to be vaccinated
French actor Gaspard Ulliel dies after ski accident
'Weird Al' biopic to star Daniel Radcliffe in title role
Vice President Kamala Harris to visit San Bernardino on Friday
Felony charges are 1st in a fatal crash involving Autopilot
Show More
Northern California teen nails perfect SAT score
Website for free COVID tests is here. How does it work?
Wild chase sends suspect hopping through backyards near South Gate
Suspect identified in murder of 24-year-old woman in Hancock Park
Gov. Gavin Newsom offers college students $10,000 for public service
More TOP STORIES News