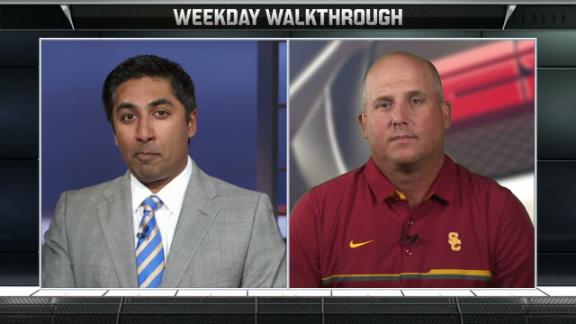 LOS ANGELES -- We knew, after that thrill-a-minute Rose Bowl defeat of Penn State and the eight months of buzz that followed, that the USC offense could play vertically. That's what the arm and the pocket presence of a Sam Darnold can do. It's the Hollywood element that we expect, if not demand, from the Trojans, the DNA of a program that has made a historical habit of glitz and glamour.

But second-year head coach Clay Helton is to glitz and glamour what the Kardashians are to the lunch bucket. He wanted a team that could line up and run the ball, a living ode to the traditional football of his native South.

Mostly, what Helton wanted looked a lot like the offense that David Shaw has built at Stanford. It's one thing to make the fancy plays, with Deontay Burnett streaking across the middle and Darnold fitting him the ball through a football-sized window. It's quite another, especially in an era when offenses use all 57,600 square feet of the American football field, to run the ball between the tackles, get up and do it again.

And that is what resonates about No. 4 USC's 11th consecutive victory, the 42-24 brawl that masqueraded as a defeat of the Cardinal. As Mike Bloomgren, the offensive coordinator for the losing team, said Saturday night, "We got out-Stanforded."

If the Texas defensive coaches want to prepare what awaits them on Saturday evening at the Los Angeles Memorial Stadium, they should pop a bag of Orville Redenbacher and watch a little Stanford video.

The Trojans took the Cardinal blueprint, rolled it up and swatted the visitors with it, snap after snap. USC ran the ball on its first offensive play. The Trojans ran it on six of their first seven plays. The offense, playing without a huddle, established a rhythm like Clayton Kershaw on the mound at Dodger Stadium. Work fast, play fast, keep the opponent from digging in the cleats.

"Stanford prides itself on being physical and running the ball," USC center Nico Falah said. "At the end of the day, we got the edge. Coach Helton said [the previous] Monday, we're going to be a run-first team. We saw a lot of holes on their defense and took advantage."

These numbers illustrate the sheer efficiency of the USC offense:

USC gained 623 yards, the most that Stanford has allowed in the David Shaw era and the most ever by the Trojans against the Cardinal in 96 games.

In 73 offensive snaps (excluding the kneel to end the game), USC had exactly one play that lost yardage, a 1-yard sack of Darnold in which he escaped the first rusher and nearly made it back to the line of scrimmage. And this was against Stanford, which averaged 5.5 tackles-for-loss last season.

USC had 13 first-down plays on which it gained 8 yards or more.

That's why the Trojans converted 10 of 12 third downs. They averaged third-and-3.

"I thought that was a critical part of the game," Darnold said. "First-down efficiency was the key to the entire game."

"We ran it well," Shaw said. "They ran it better. When they took shots, their pass protection was better. We made plays. They made more plays."

No one knows the USC offense better than the USC defense. They spent the entire month of August practicing against it.

"I can't comment enough how fun it is to watch our offense play," Trojans inside linebacker Cameron Smith said. "There's not one defensive player sitting on the bench tired. We're up there watching. ... When they get things rolling, it's scary."

Here's another definition of efficiency: The Trojans rushed for 307 yards and threw for 316. That kind of balance may not be there every Saturday, but it's safe to assume that any defense, beginning with the Longhorns this week, will continue to have trouble shutting off both spigots. USC showed against Stanford that it can beat you between the tackles or outside them.

That's one of the 10 worst defensive performances in Stanford history, as measured by total yards, not humiliation. The fact is, the Cardinal didn't play terribly. Two interceptions of Darnold, both on good plays instead of errant throws, kept Stanford within striking distance.

If you finish with a turnover margin of plus-2, and you lose by 18, you can blame your own shortcomings, and Stanford has spent the week trying to find answers. There's another way to look at it.

Shaw, the last man out of the Stanford locker room at the Coliseum on Saturday night, saw a familiar face. Without waiting for a question, he said, "They're really good." 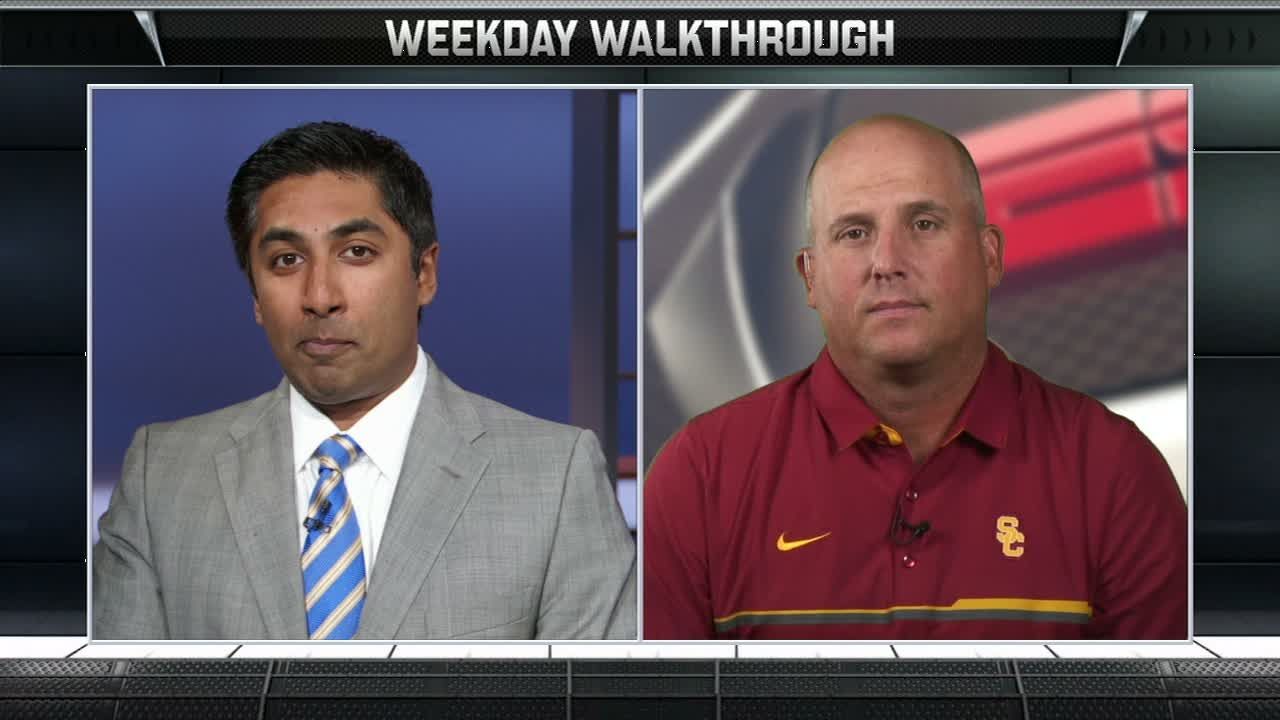