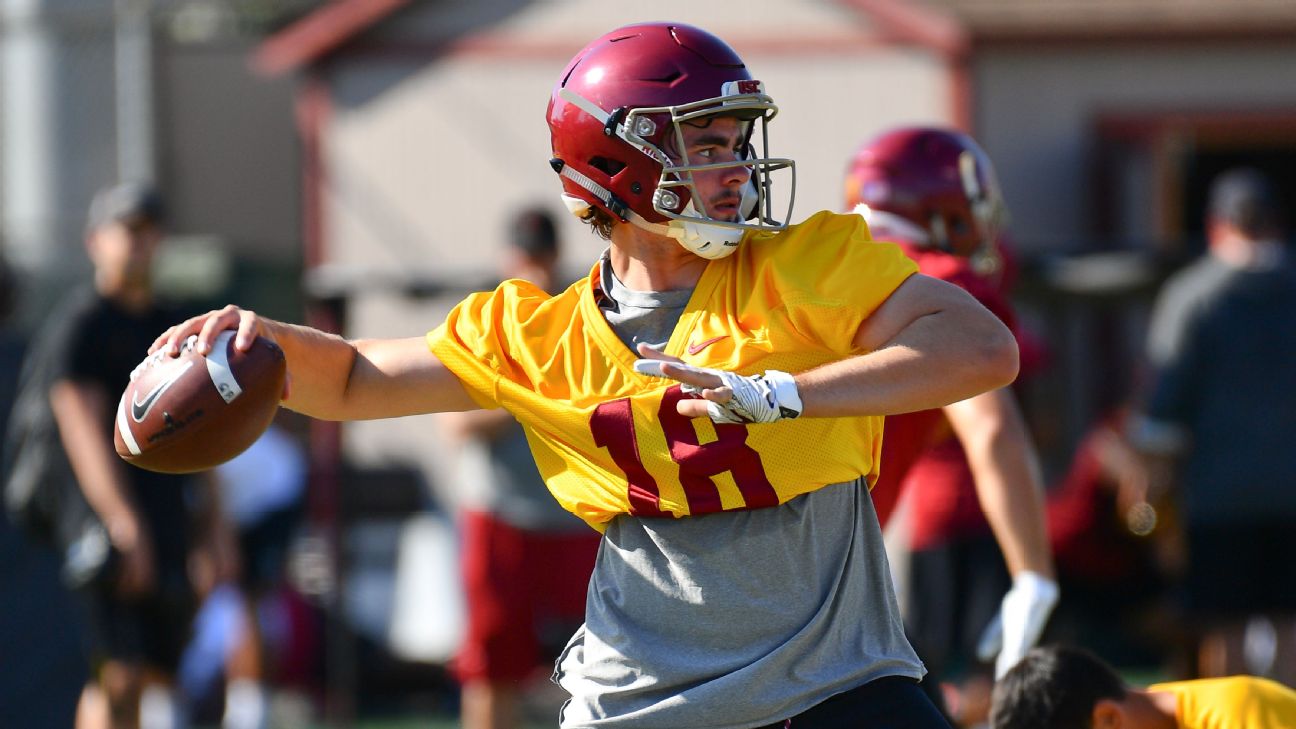 For the first time since officially winning the job on Sunday, Daniels took the practice field as USC's starting quarterback on Tuesday. It was an important step as the Trojans prepare to open the season Saturday against UNLV, but for Daniels it was business as usual.

"To be honest, it's not any different," he said. "I come out with the same mentality every day and that's just trying to get better and prepare myself for the team, whether it's first string or eighth."

While taking the bulk of the first-team reps, Daniels again showed off his natural, fluid throwing motion that helped make him the Gatorade National Player of the Year last year at nearby Mater Dei High School.

And when practice concluded and he addressed the media for the first time since arriving at USC, Daniels' calm, poised demeanor was also on display. Even with an unusually large media contingent, Daniels appeared in his comfort zone.

"I was very excited [to win the job]," he said. "Super honored that Coach [Clay] Helton gave me the privilege to take ownership of this team, but it still goes back to -- I still have a lot of work to do, haven't played a game yet."

A lot of things factored into why Daniels ultimately won the job, but Helton placed a lot of importance on game-like situations.

"What we sat down and looked at at the end was how they functioned in actual live games -- scrimmages, live two-minute drills where the ball had to move and wasn't scripted -- that's where JT shined," Helton said.

Daniels graduated from Mater Dei a year early after throwing for 4,123 yards with 52 touchdowns and four interceptions in three seasons. He will replace Sam Darnold, who was drafted No. 3 overall by the New York Jets following two successful seasons at USC, and become just the second true freshman in school history to start a season opener at quarterback.