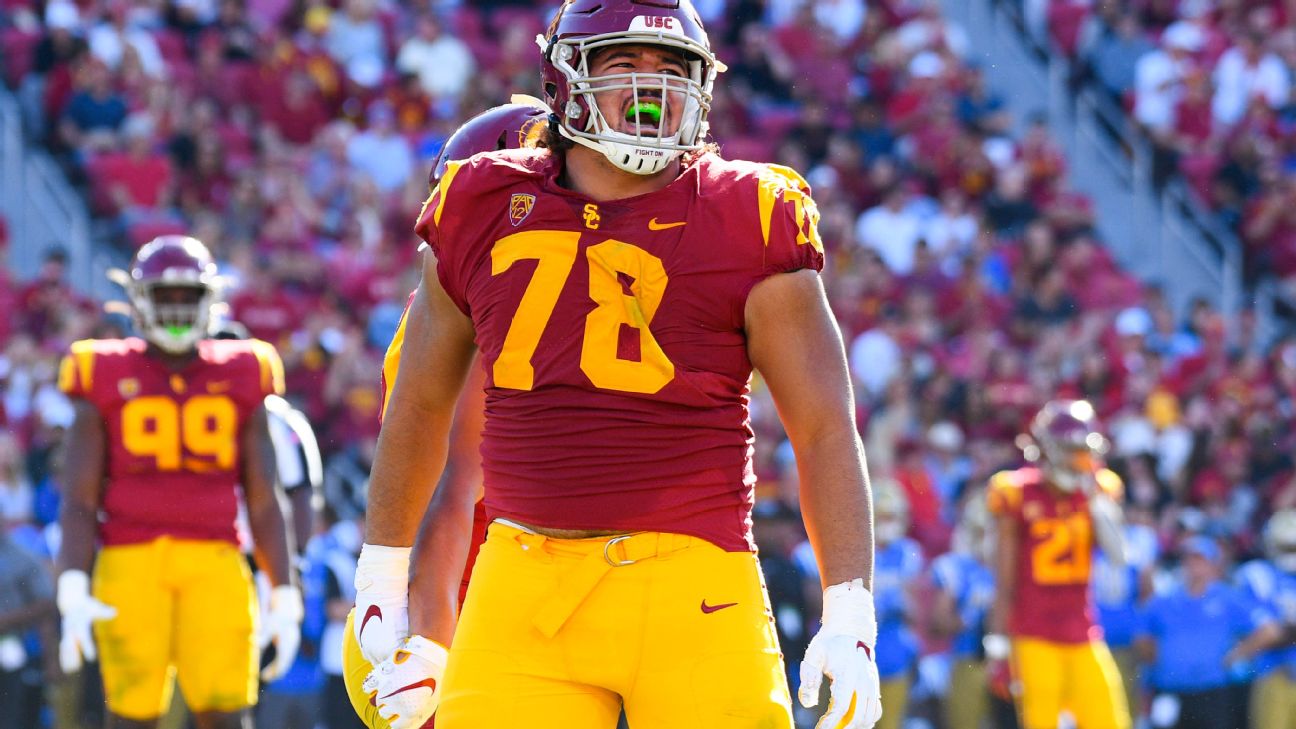 USC defensive tackle Jay Tufele is opting out of the season and will declare for the 2021 NFL draft.

Tufele, ranked No. 22 on Mel Kiper's Big Board for the 2021 draft, announced his decision Wednesday morning on Twitter.


Tufele recorded 65 tackles, including 11 for loss and 7.5 sacks, in two seasons for USC after redshirting in 2017. The 6-foot-3, 315-pound interior lineman earned first-team All-Pac-12 honors last season after being named to the second team in 2018. He appeared in 25 games for USC, making 18 starts. Tufele is the first USC player to opt out and begin his draft preparation.

The Pac-12 announced Aug. 11 that it would postpone the fall football season with hopes of beginning competition sometime after Jan. 1.