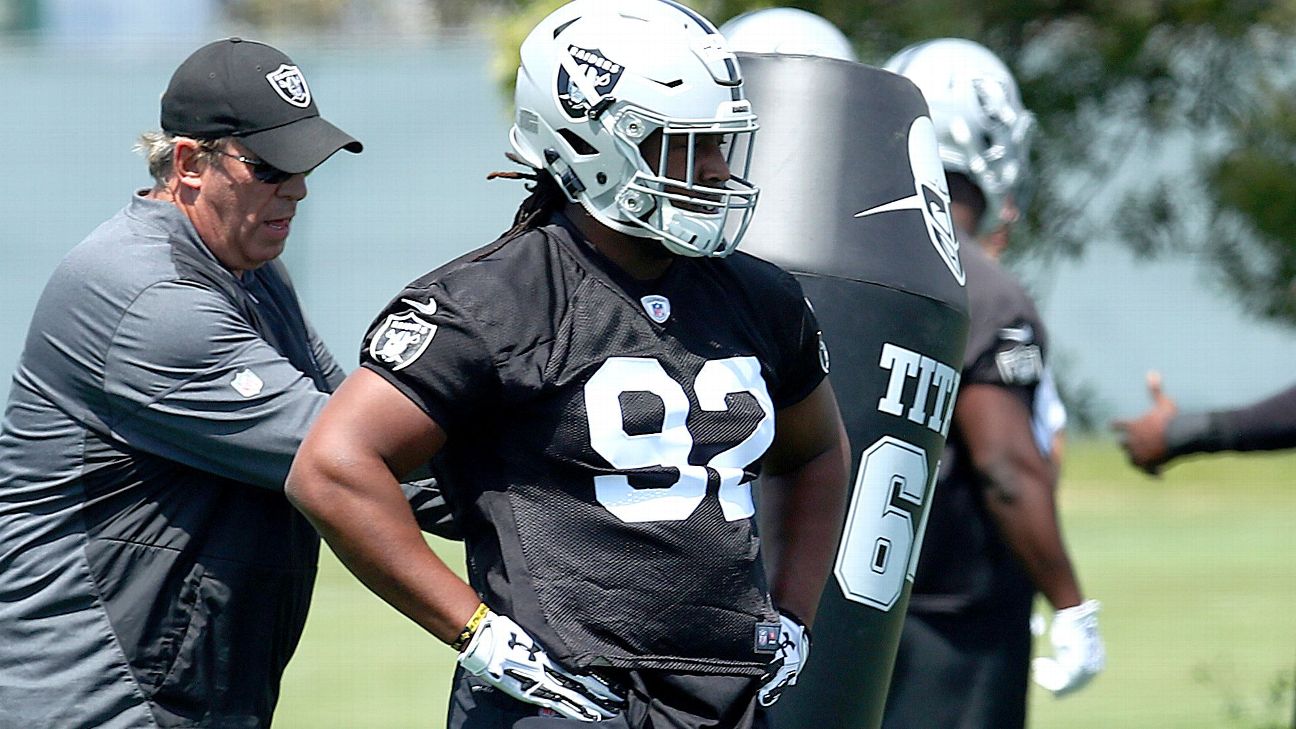 MINNEAPOLIS -- The Vikings' trade with the Las Vegas Raiders is off after defensive tackle P.J. Hall failed his physical on Tuesday.

The Vikings on Monday had sent a conditional 2021 seventh-round draft selection to the Raiders in exchange for Hall. After the failed physical, Hall reverts back to the Raiders, who are expected to cut the former second-round pick.

The Vikings' trade for Hall came a week after nose tackle Michael Pierce opted out of the 2020 season due to respiratory concerns.