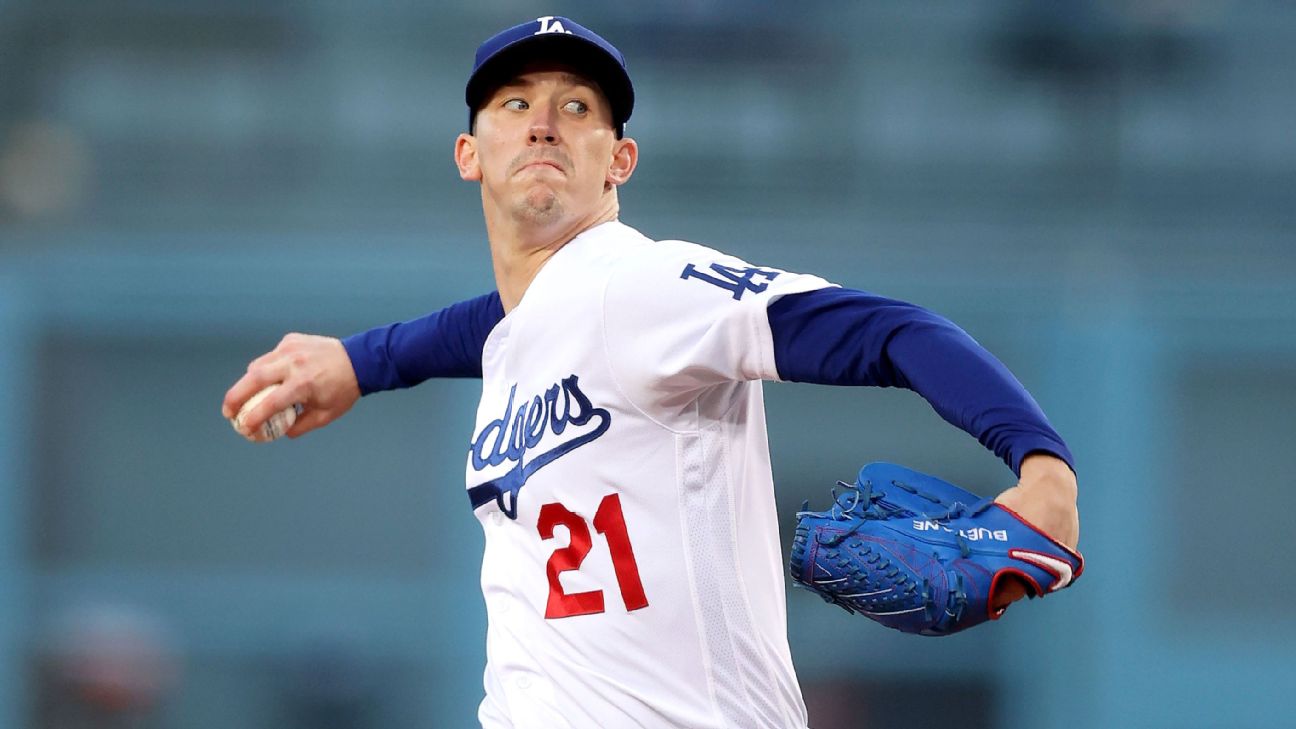 LOS ANGELES -- Walker Buehler could feel where the momentum was going. A loss with Max Scherzer on the mound in Game 3 would mean the Dodgers would face elimination in Game 4 of the National League Division Series without an ideal option to start for them. Buehler needed to take the ball and pitch on short rest for the first time in his career.

He volunteered the idea to the Dodgers' principal decision-makers after Julio Urias helped defeat the San Francisco Giants in Game 2, then checked in with his teammates "to make sure I wasn't being an idiot."


They confirmed what Buehler already knew -- that this needed to be done.

"It's not something we want to do all the time," Buehler said, "but I felt that if things didn't go our way [in Game 3], I would feel really weird not pitching a game that we could lose a series."

Buehler gave the Dodgers precisely what they needed in Tuesday's Game 4, recording 13 outs, allowing only one run and departing with a lead four days after starting the opener of this NLDS. The Dodgers went on to win 7-2 to force a decisive Game 5 on Thursday night at Oracle Park in San Francisco -- and Buehler added another chapter to his growing legacy as one of the premier big-game pitchers in his sport.

He now owns a 1.25 ERA with the Dodgers facing elimination, the third-lowest mark in postseason history for someone who has made at least three starts in that situation, trailing only Charlie Morton and Madison Bumgarner. All told, Buehler owns a 2.50 ERA in 72 career postseason innings.

The presence of someone like Treinen -- and several other high-powered relievers who help make up a devastating bullpen -- gave Dodgers manager Dave Roberts the comfort to remove Buehler when he began to fade on three days' rest, a luxury not previously afforded to someone like Clayton Kershaw.

Buehler worked around back-to-back singles in the second but otherwise didn't face much trouble through the first four innings. In the fifth, he allowed a leadoff single to Evan Longoria, got Mike Yastrzemski to line out and walked Steven Duggar, prompting Roberts to turn to Joe Kelly with the Dodgers leading 4-0.

Kelly allowed only one of his inherited runners to score, and the Dodgers got that run back in the bottom half of the inning. The Giants never got much closer.

Buehler threw his fastball an average of 96 mph, a tick faster than his season average, but also mixed in five other pitches, particularly a changeup that was used with more frequency than the Giants expected.


"He just seemed relaxed," Roberts said, "and sometimes when you might be a little bit more fatigued and not too amped up or too strong, you kind of try not to do too much. And all night long he stayed in his delivery. All the stuff -- the velocity, the characteristics of his secondary pitches -- was really good."

The Dodgers' best chance to advance through this postseason is for Scherzer, Buehler and Urias to absorb as many of their starts as possible, which will require the occasional outing on short rest. Outside of those three, the only other options are Tony Gonsolin, who allowed eight runs over his last 12 regular-season innings, and David Price, who has occupied a nondescript bullpen role for most of the season.

Buehler taking the ball on short rest provided the benefit of Urias starting the decisive Game 5 -- opposite Logan Webb -- on normal rest. Roberts considered it "a no-brainer" as soon as Buehler suggested it if the Dodgers faced elimination. He was leaning that way after a 1-0 loss in Monday's Game 3, but first he needed to make sure Buehler still felt up for it the following morning.

That was never in question.

"There probably wasn't anything that could have been going on that I would have told him that I didn't want the ball," Buehler said. "As long as I could walk into the clubhouse, I think I was going to pitch." 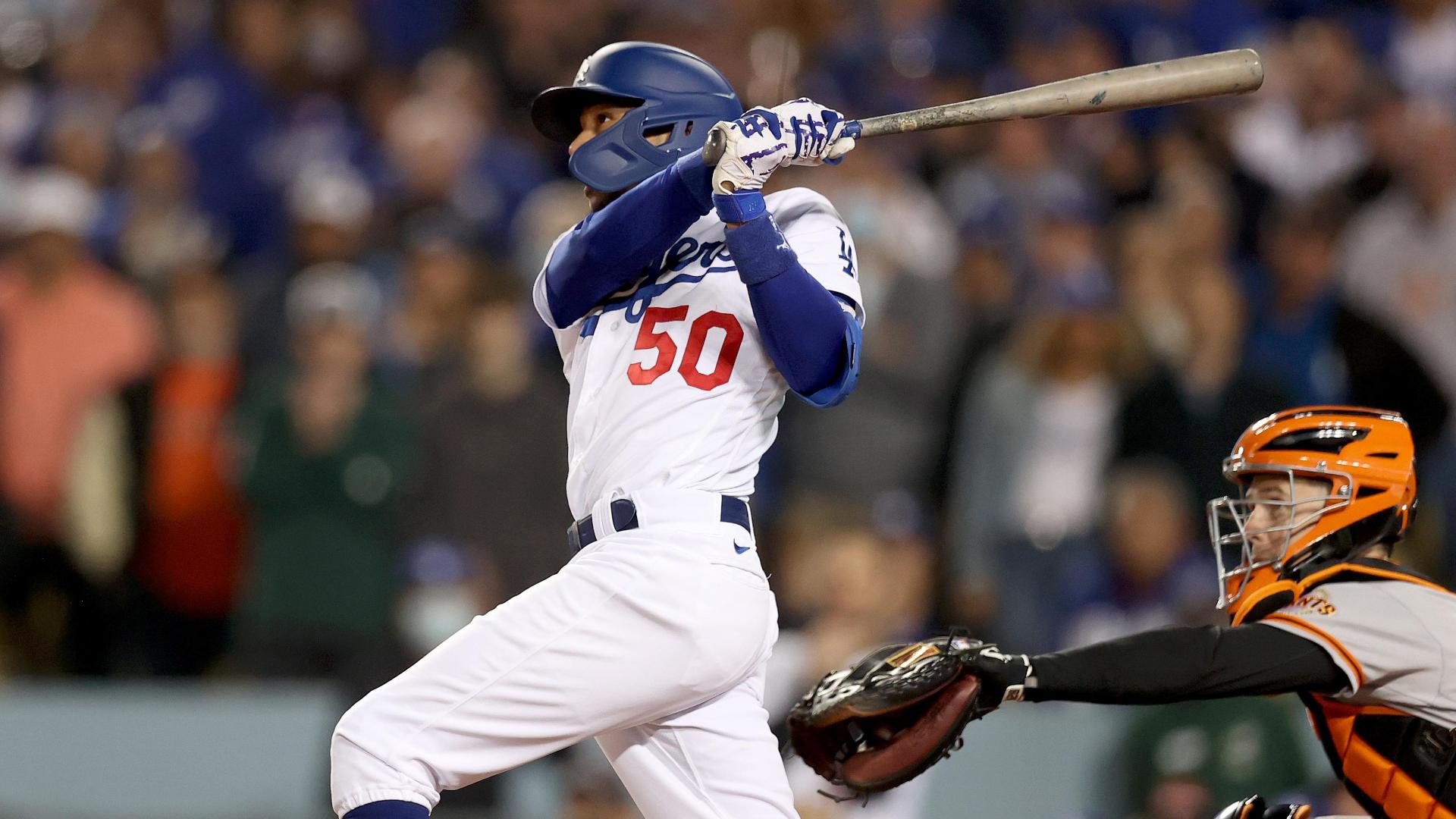