What are the biggest questions for the WNBA offseason? 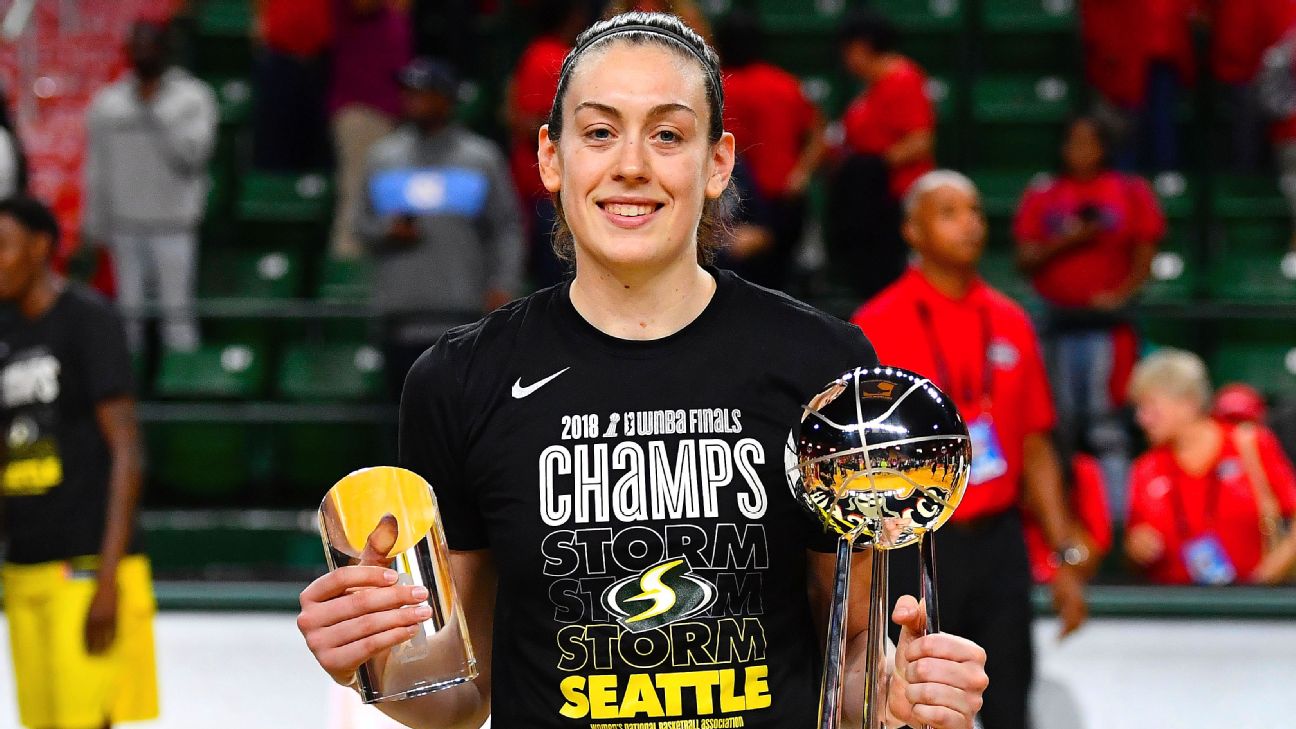 Now that the Seattle Storm have celebrated their third WNBA championship, the 2018 season is a wrap. The league has never been more popular, and it's only going to improve with the young talent growing the game.

Though the Los Angeles Sparks and Minnesota Lynx didn't make the WNBA Finals, they still met in the postseason for the fourth straight year (the Sparks beat the Lynx in the first round). Los Angeles and Minnesota should bounce back next season; they'll be surrounded by several up-and-comers in pursuit of league supremacy.

Before offseason moves are made, let's look at the biggest questions around the WNBA.

Is it Stewart's league now?

Stewart and Dallas center Liz Cambage joined Elena Delle Donne (2015), Maya Moore (2014) and Lauren Jackson (2010) as the only players in league history to record at least 700 points and 250 rebounds in a season. Stewart is the youngest to achieve the feat, doing so before turning 24 on Aug. 27.

As she piles up the accolades, Stewart's age might be the most astonishing thing about her. As the youngest Finals MVP in WNBA history, Seattle's superstar forward is primed to own the league for years to come. The Storm have made the playoffs in each of her three seasons, winning 26 games in 2018, the second-highest total in franchise history. Now a WNBA champion, the only four-time Most Outstanding Player in Final Four history has taken her game to the next level on basketball's biggest stage.

How will Minnesota retool?

With Lindsay Whalen retiring, the Lynx are inching closer toward getting a new look. Minnesota likely still will build around Maya Moore, Sylvia Fowles and Seimone Augustus next season, but with Whalen gone and the team going one-and-done this postseason, the team's championship window could be closed.

But the answer to keep the Lynx in contention might be a few younger pieces rather than a massive overhaul. A younger point guard will ease the burden for their two biggest stars. Fowles, the 2017 WNBA MVP, averaged 31.9 minutes per game this season, her most since 2011 with the Sky.Moore, the 2018 All-Star Game MVP, shot 42 percent overall and 37 percent from deep this season, her lowest figures since 2015, the last time she averaged at least 20 points.

What is next for the Las Vegas Aces?

After missing the playoffs by just one game, Las Vegas won the WNBA draft lottery for the third straight year.

The Aces already have built around 2018 Rookie of the Year A'ja Wilson, just the second rookie in WNBA history to average 20 points per game. With Wilson, Kelsey Plum (the No. 1 pick in 2017) and All-Star Kayla McBride already on the roster, the rich will only get richer in Las Vegas.

Are MVP honors in Cambage's future?

Following a four-year hiatus from the WNBA, Cambage returned to the league in MVP form, scoring a WNBA single-game record 53 points on July 17 against the Liberty.

Cambage won't turn 28 until next season, meaning the Wings could have an All-Star center and point guard (Skylar Diggins-Smith turns 29 next August) to build around.

As has long been the case, the WNBA is flushed with talent. Though more eyes tuned in to the WNBA this season, the likes of Sue Bird, Diana Taurasi and Candace Parker have been holding things down for a while.

This past season, however, was a glimpse into the league's future. Stewart has officially taken over, and Wilson caught everyone's attention out of the gate, winning Rookie of the Year via unanimous vote.

The leaguewide talent is best evidenced by five teams winning 20 games this season, tying the WNBA record. Notably, neither the Sparks nor the Lynx were part of that group, finishing with 19 and 18 wins, respectively. In fact, this was the first postseason since 2014 in which neither team made the Finals.

Yes, the Storm were the No. 1 seed, but the Mercury pushed them to five games in the semifinals before Seattle's Finals sweep over Washington. The Mystics made their first WNBA Finals appearance after beating the Dream in five games in the semis. Atlanta rode a team-record eight-game win streak to the league's No. 2 seed despite Angel McCoughtry (knee) missing the team's playoff run.