Which NFL teams draft the most Senior Bowl players, and what's the benefit? 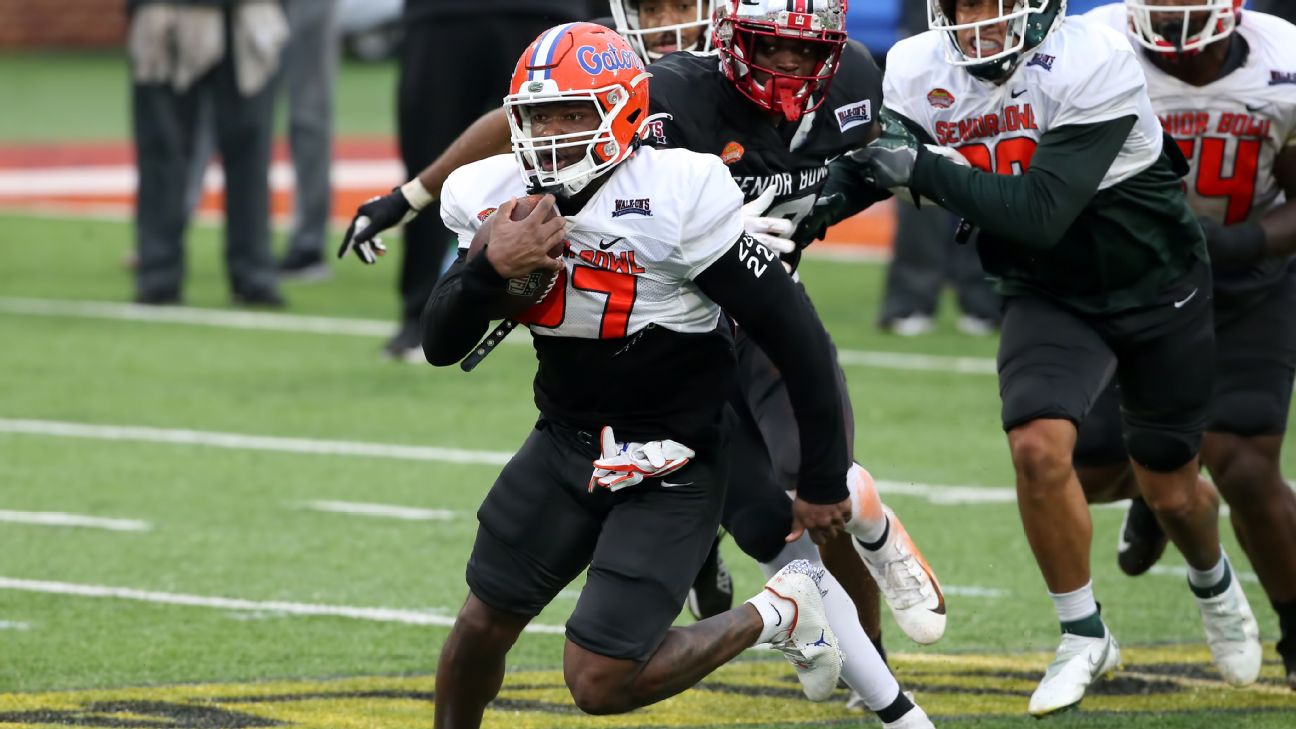 MOBILE, Ala. -- As if Saturday's Senior Bowl needed an extra recruiting pitch, it certainly has one with this year's Super Bowl matchup.

Los Angeles Rams stars Aaron Donald, Cooper Kupp and Von Miller are all alums of the annual all-star game for college football seniors and graduating juniors, which will be played in Mobile, Alabama. And both the Rams and Cincinnati Bengals rank among the top seven NFL teams who have drafted the most players from the Senior Bowl (2:30 p.m. ET, NFL Network) over the past five years, according to ESPN and Senior Bowl research.


Who knew it was possible to get free advertising during the Super Bowl?

"We absolutely try to promote our guys that are still playing in the league. These guys need to see who came before them," said Jim Nagy, who has been the Senior Bowl's executive director since 2018. "I told the [2022 players] at orientation that over the last three years, out of all the guys that have shown up in Mobile for this game, more than 89% of them have been on a roster as a rookie -- which is a number we're proud of.

"These guys make it. Not all of them get drafted, but a lot of them end up making it."

A record number of 106 Senior Bowl players were drafted last year, when teams said the opportunity to see prospects up close throughout the practice week and meet with them 1-on-1 was more valuable than ever because the COVID-19 pandemic had shut down so many of their visits to college campuses.

So which NFL teams have been most attracted to Senior Bowl players over the past five years?

ESPN did a study using rosters provided by the Senior Bowl to see which teams had drafted the most participants from 2017-2021. The top 10 are:

The Vikings are No. 1 on the list, in part based on their sheer volume of total picks overall (57 from 2017-21 -- which is by far the most of any team in that stretch, according to ESPN Stats and Information).

When it comes to percentage of draft picks used on Senior Bowl players from 2017-21, the Chargers are No. 1 (20 out of 36 for 56%) -- including a fairly important selection in quarterback Justin Herbert.

"The players are here for a reason because they've earned the right to be here," Schoen said. "And then also the ability to watch them practice for three or four days, get around 'em, interview 'em and really get to know them not just as players but as people, I think that extra exposure is important. And I guess my track record says we've had some success with these guys."

Bills general manager Brandon Beane said last year that "you do really like to see when these guys take that chance (to participate) and they want to compete against the best of the best."

"It really helps us, especially if you've got some guys that are similar and you want to compare them. [I like seeing] them in one-on-ones going against the same player," Beane said.

The Colts and Seahawks are tied for the most players drafted in the first two rounds with six apiece.

"Look, some of it's probably random and timing of need and us liking a player," said Colts general manager Chris Ballard, whose recent Senior Bowl alums include linebacker Darius Leonard and receiver Michael Pittman Jr. "We've taken our share of juniors like anybody has. But guys that have [long] productive careers in college and then have a good week here usually end up being pretty good players in the league.

"We spend a lot of time studying [the Senior Bowl]. It's a chance to see players against good competition, compete in this environment, how they handle NFL coaching, how they improve during the week. And we think it's very valuable." 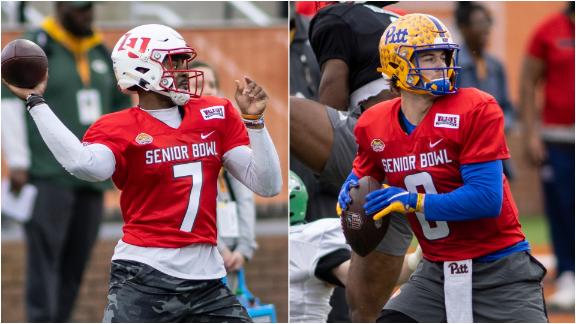