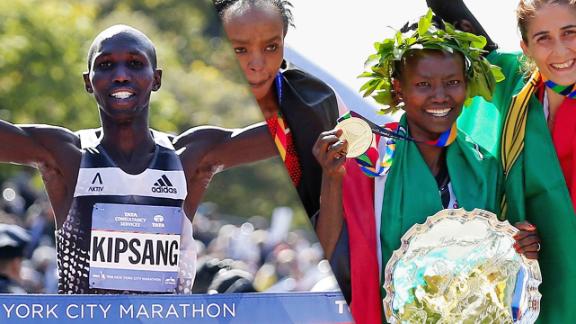 NEW YORK -- Kenya's Wilson Kipsang and Mary Keitany won titles at the New York City Marathon on Sunday, with both pulling away in the final mile.

Kipsang was the world-record holder until five weeks ago, when occasional training partner Dennis Kimetto broke the mark in Berlin. With a windy morning slowing the pace Sunday, Kipsang showed he can win a strategic race, too.

"I had to exercise a lot of patience," he said.

Keitany redeemed herself from failed tactics at her last NYC Marathon. In 2011, she surged ahead to a huge early lead only to be caught and settle for her second straight third-place finish.

"I worked hard for this opportunity," she said. "I'm happy because I have a victory today, because I know I've been coming to New York two times, and I was in that position. So I'm happy today because it was a good day and I win."

Kipsang finished in 2:10:55 -- more 7 minutes off his former record. He has now won titles in Berlin, London and New York in just over 13 months and clinched the $500,000 World Marathon Majors bonus.

Sunday was Keitany's first marathon since 2012 after taking time off because of the birth of her second child.

Fellow countrywoman Jemima Sumgong appeared to be pulling away with just over a mile left, but Keitany had one last burst left and passed her with about 800 meters remaining.

Keitany won in 2 hours, 25 minutes, 7 seconds -- 3 seconds ahead of Sumgong, matching the closest finish in the history of the women's race.

Portugal's Sara Moreira was third in her marathon debut.

Sumgong is still seeking her first major marathon title. She was also second in Boston in 2012 and in Chicago in 2013.

Sumgong was making her NYC Marathon debut, a late entry after defending champion and training partner Priscah Jeptoo withdrew because of a leg injury.

Bronx resident Buzunesh Deba of Ethiopia was ninth after finishing as the runner-up at the last two NYC Marathons. She was seeking to become the first New Yorker to win the race in 40 years. 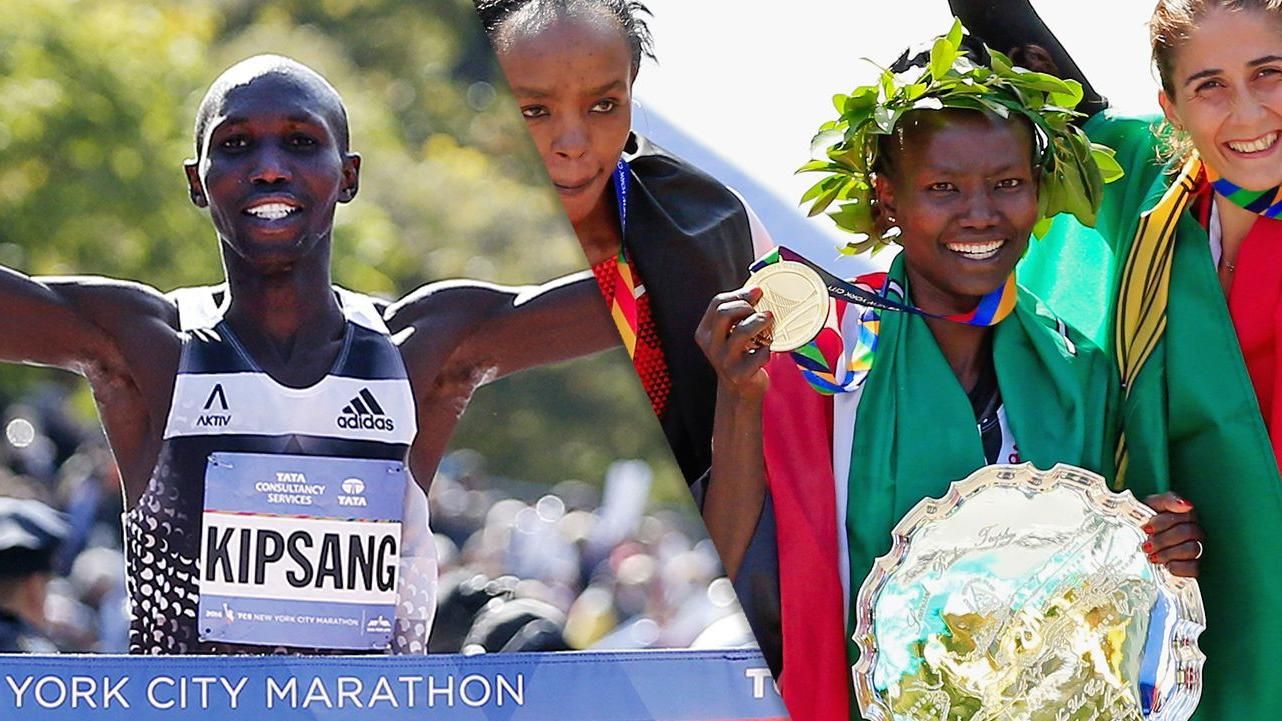 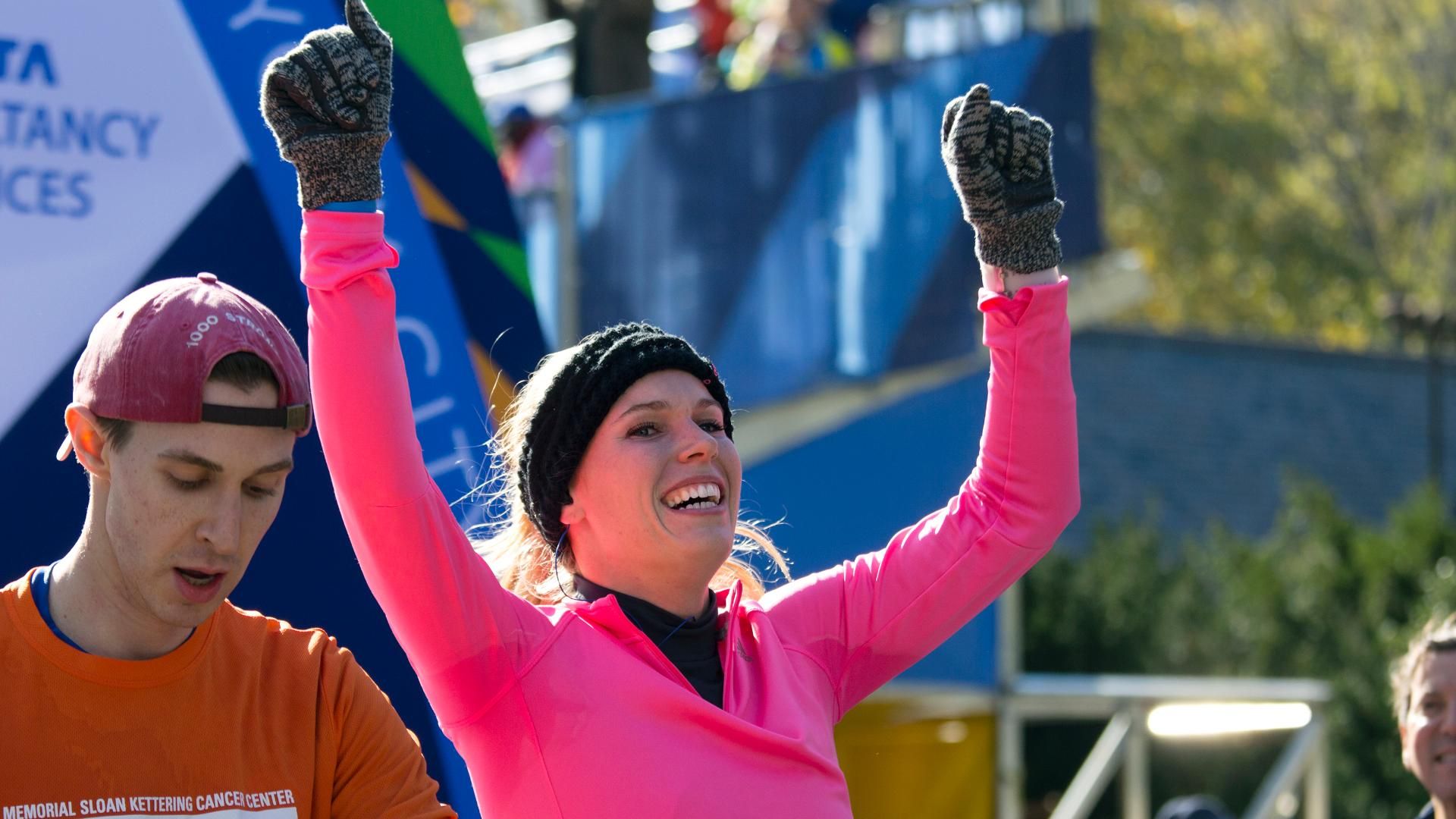