With unsportsmanlike penalties up, NFL to clarify rules to teams 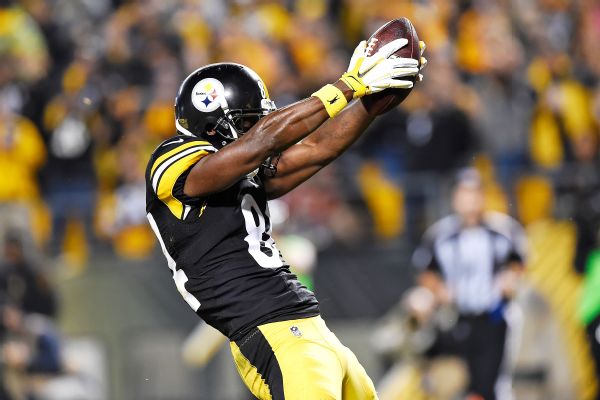 Blandino, however, reiterated that the emphasis on such calls has come at the direction of the league's competition committee and won't be relaxed as the season continues.

Taunting calls this season have risen 220 percent compared to the first four weeks of last season, while other unsportsmanlike penalties -- primarily for celebrations -- are up 56 percent, according to ESPN Stats & Information research.

Many players have said they weren't aware that their penalized acts were illegal, and Pittsburgh Steelers coach Mike Tomlin -- a member of the competition committee -- said Tuesday he thought the league should provide clarification.

Steelers wide receiver Antonio Brown has been penalized twice this season for "twerking" during post-touchdown celebrations.

The video about clarification should be circulated within the next week, Blandino said during an appearance on NFL Network.

"We certainly want the teams to have clarification," Blandino said, "and this isn't a new issue. We've been dealing with this in the past. And so we're going to send a tape out in the next week or so and clarify some of these things. But the key is if it's a gesture that either mimics a violent act -- that's something with a firearm or a bow and arrow -- or a sexually suggestive act, those are unsportsmanlike conduct. That's ... something that officials will flag. That's direct from the competition committee and something that we're going to try to be as consistent as possible."

Washington Redskins cornerback Josh Norman was penalized last Sunday for mimicking the act of shooting a bow and arrow during a celebration after receiving a warning for a similar act two weeks earlier. Referee Jeff Triplette's announcement of the penalty has been mocked on social media.

"We certainly don't want our officials getting too specific with the announcement," Blandino said.