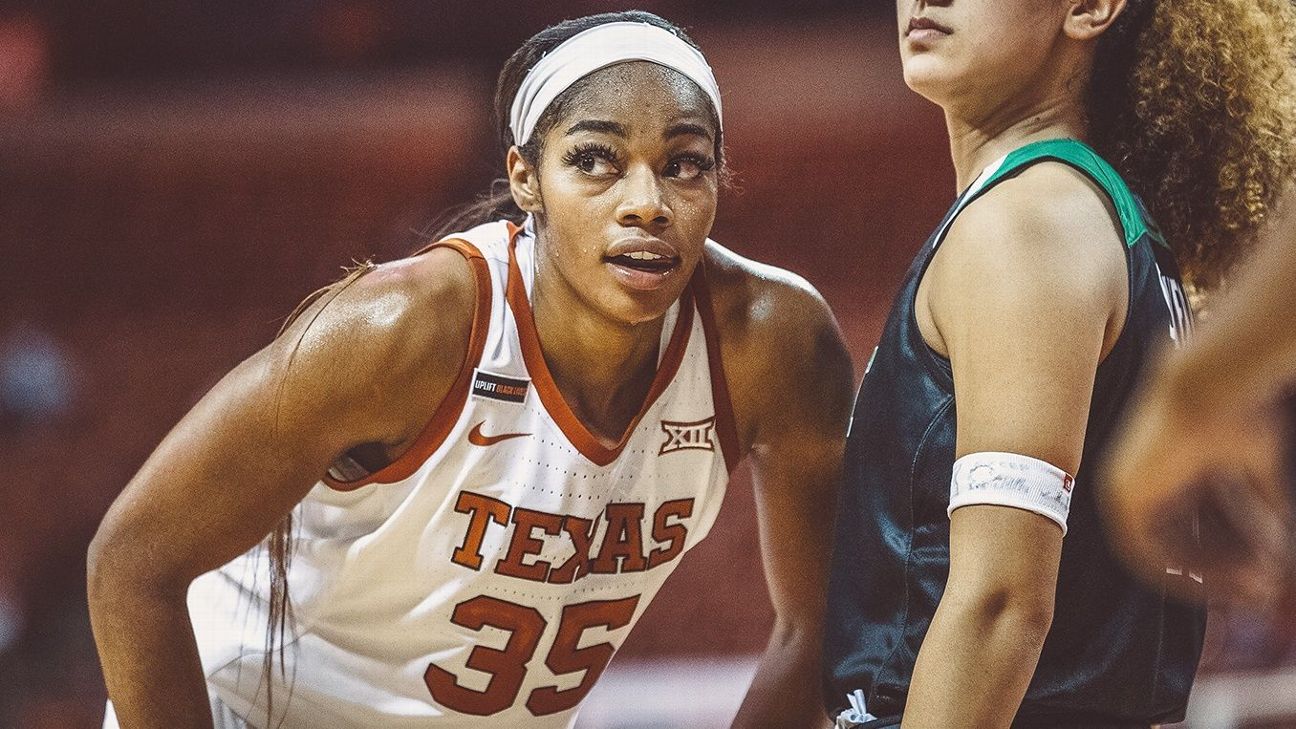 The No. 1 pick of the 2021 WNBA draft has changed hands, but Texas Longhorns junior Charli Collier remains the top selection in ESPN's second 2021 WNBA mock draft after plenty of activity since the free-agency period opened.

In some respects, the league's many signings and trades made the draft a little clearer, while in others, it's just as uncertain. What will the Wings -- who have Nos. 1, 2, 5, 7 and 13 -- do with all those picks? Is at least one more big WNBA trade on the way?

On a busy Feb. 10, the top pick was traded twice: from New York to Seattle, then from the Storm to the Wings. Dallas needs more post play, and 6-foot-5 Collier -- a draft-eligible junior -- fits the bill if she opts to leave Texas early. She is averaging 21.3 points and 12.4 rebounds. She's strong inside and has face-up skills. She has had a couple of dud games this season, most recently with two points against Baylor on Feb. 14, when she showed frustration with the defense she was facing and with not getting the ball. Considering her skill set, though, those bumps in the road are not really worrisome.

Would the Wings really take two 6-5 players with the first two picks? It's possible because both have the ability to play the center and power forward spots. Kuier doesn't turn 20 until August. At least early on, she likely would be more comfortable as a forward in the WNBA as she looks to get stronger. She has terrific athleticism and a high ceiling. Kuier, who plays for Ragusa, is averaging 9.6 points and 7.2 rebounds in Italian league play, shooting 50.5 percent from the field and 36.1 from 3-point range (13 of 36).

The Dream took Chennedy Carter at No. 4 in 2020, and she had a strong rookie season in which only injury slowed her down. Atlanta could add another quick perimeter player in Evans, who is able to run the point, score (21.2 PPG) and defend. She is small at 5-6, but she's a fearless, confident offensive player who never hesitates to take -- and usually make -- clutch shots. Louisville has been a strong defensive program, and she will bring that mindset to the WNBA.

Other than Jantel Lavender and Jessica Breland, the Fever are pretty young. Davis could be part of the team the Fever hope to become. At 6-2, she is a multipurpose scorer, although you'd like to see her 3-point percentage improve (23.1). She's a good rebounder, leading Tennessee at 8.8 per game, and should have the physical ability to guard inside and on the perimeter. Her 24-point second half in Thursday's victory over No. 2 South Carolina showed Davis at her most effective.

A former junior college standout, Mack has quickly made a Division I impact. She's already Oklahoma State's career leader in blocked shots and is tops in Division I in that category (4.2 BPG). At 6-4, Mack has a 6-11 wingspan she uses to her advantage defensively beyond just blocking shots. Mack is averaging 19.9 PPG and 12.1 RPG, and perhaps she can add even more strength to the Wings' inside game.

The fifth-year senior who started her career at Texas Tech could have gone to the WNBA draft last year but opted to spend another season at Rutgers -- and has become a better player. With Rutgers on a COVID-19 pause for more than a month, Guirantes has been limited to 13 games. But she has made the most of those, averaging career highs in points (22.2 PPG) and assists (5.5) while cutting down on turnovers. She has shown herself to be a solid 3-point shooter, which would help her fit in with the Liberty.


Considering the talent they already have, it's uncertain the Wings can fit all their first-round picks on the 2021 roster. But if Onyenwere is still available, it would be hard to bypass her athleticism and potential. The questions are whether she's going to be able to make the transition to being more guard-oriented in the WNBA and whether her 3-point shot can get better. So-called "tweeners" sometimes take longer to find the right path in the league, and some never do find it. Onyenwere is averaging 17.4 points and 8.1 rebounds for the Bruins.

McDonald is another player who was draft-eligible last year but opted to return. She and coach Adia Barnes think that has made her a better leader. If she got a chance to play with Courtney Vandersloot in Chicago, it could be a great learning experience with one of the WNBA's best-ever point guards. McDonald is averaging 18.8 points, 5.1 rebounds and 4.6 assists while also being one of the best defenders in the Pac-12.

Walker has blossomed as a senior and is averaging 20.9 points and 9.9 rebounds. Her 3-point shooting stands out for a 6-3 player: She has made 64 of 154 (41.6%) from long range. With ranked teams still to play and the chance to lead Alabama to its first NCAA tournament appearance since 1999, Walker could be moving up the draft board. If she's available, she could be a good addition for the Lynx.

If you're looking for a shooter, that's what Dungee does best. This season, she is averaging 22.6 points; she scored 37 points against UConn and 38 against Ole Miss. Dungee is used to having a lot of scoring responsibility, and she can do it from all over the court. She is shooting 39.1 percent from 3-point range (45 of 115) and is also averaging 4.1 rebounds per game.

The Storm have a legend in Sue Bird, and another talented point guard in Jordin Canada. But with Bird at 40, might the Storm opt for point guard potential? Heal turns 20 in September; she was born in 2001, when another Australian, Lauren Jackson, was a rookie with the Storm. Heal first played in the Australian pro league, the WNBL, when she was 14, so she already has a lot of pro experience. Her father, Shane Heal, was a longtime pro point guard, including brief stints in the NBA.

Westbrook spent her first two years at Tennessee, then had to sit out a year during her transfer and is in her first season playing for UConn. At 6-0, she has good size for a point guard and is averaging 9.5 points, 5.4 rebounds and 4.7 assists. Freshman Paige Bueckers is dominating the UConn storyline, but Westbrook has been a good addition for the Huskies. The Aces might see her as adding depth to their guard corps, if Westbrook opts to leave early.