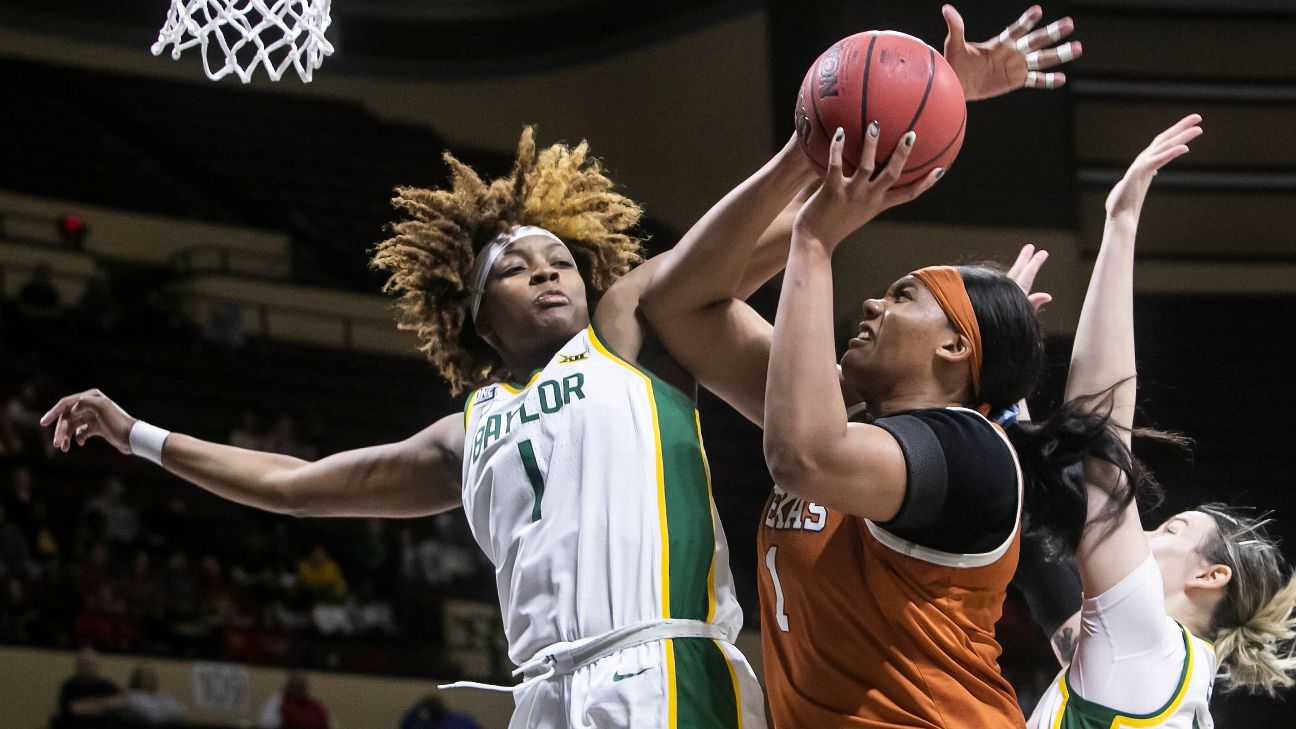 At least some of the mysteries of the 2022 WNBA draft will answered after March 28. That's the deadline for all draft-eligible players to declare for the April 11 event in New York City, unless they are still playing in the NCAA tournament. In that case, they must declare within 48 hours after their last game.

ESPN's projected top three picks are already out of March Madness, a particular surprise for the No. 1 selection. NaLyssa Smith and the Baylor Bears were a No. 2 seed expected to compete for the national title, but they were upset in the second round. And both Rhyne Howard of the Kentucky Wildcats and Shakira Austin of the Ole Miss Rebels were ousted in the first round.


Because of the NCAA's blanket eligibility waiver in 2020-21, current seniors can return for a fifth year of college. We have included seniors in this mock draft unless they have already announced they are returning for a "super senior" year. We also have included one eligible junior who has officially declared for the draft and one who has not announced a decision.

The Washington Mystics have the first pick, but from all indications, they have not finalized their selection. What the Mystics do with the top pick will set up dominoes for what the Indiana Fever -- who now have four first-round picks -- do in the draft.

How did potential prospects impact their draft status in the 2022 NCAA tournament? Here is our updated look at how the first round might shape up.

It's hard to recall a top player's college career taking such an extreme turn so late in her senior season. Baylor looked national championship caliber heading into the Big 12 tournament final. But a loss there to Texas and then the season-ending defeat versus South Dakota at home in the second round of March Madness was far from how Smith expected things to go. Perhaps it will provide more motivation for her. Smith finished the season averaging 22.1 points per game and 11.5 rebounds per game, but she struggled in her final outing, going 4-of-11 from the field for 10 points. Still, what we've seen of Smith at her best -- which was most of the season -- indicates what she should be able to do at the next level.

Howard did a lot of great things at Kentucky, including winning an SEC tournament championship as a senior. Yet as big an accomplishment as that was, the Wildcats then were outplayed by Princeton in a 69-62 first-round NCAA tournament loss in which Howard went 4-of-14 from the field and finished with 17 points. Howard's basketball gifts are undeniable, but she and Kentucky never made it past the NCAA second round. Will she flourish more as a pro player? She will have to prove her motor in the pro game, but her talent is not in doubt.

If Baylor's players were at all caught by surprise by South Dakota's defense, they didn't pay enough attention to what the Coyotes did to Austin and the Rebels in Ole Miss' 75-61 first-round loss. Austin was limited to nine points on 3-of-16 shooting. Like Smith and Howard, Austin's NCAA tournament experience this year should be a reminder of how much work is ahead of her to have success in the WNBA. But Austin also has the tools as a 6-foot-5 post who has worked to expand her range.

There's no way to talk about Sabally without bringing up the injuries that limited her to 47 games with the Ducks. That said, the Fever might see her as worth the risk. When healthy, she is a major force and good enough to join her sister, the Dallas Wings' Satou Sabally, as a WNBA lottery pick. Nyara Sabally finished this season strong individually, albeit in a first-round, double-overtime loss to Belmont: She played 48 minutes and had 31 points, 12 rebounds and 7 blocks. That line sums up the tantalizing quality of Sabally, a draft-eligible junior who has not yet announced whether she will stay in college or move on to the draft.

At 6-foot-5, Cunane is a different kind of rim protector: not really a shot-blocker but more a good in-system defensive player. She gets up and down the floor well for her size and has legitimate 3-point shooting ability. She doesn't project as a starter for New York, but there might not be anyone else the Liberty could take who could step into a starting role immediately. Cunane's size, work ethic on the block and touch facing the basket are all good attributes.

New general manager (and former Fever coach) Lin Dunn made it clear she wants the team to have a stronger defensive identity and more of an edge, and Engstler can provide both. The transfer from Syracuse has been a big boost this season for the Cardinals, who like Cunane's NC State squad are a No. 1 seed in the Sweet 16. Engstler is a 6-foot-1 energy force averaging 11.7 points and 9.1 rebounds, and she is one of those "do-the-dirty work" grinders.

Burrell had a tough outing in the second round, going 2-of-12 from the field, but the Lady Vols survived Belmont 70-67, and they will face Louisville next. Burrell was Tennessee's second-leading scorer last season (16.8 PPG), behind 2021 first-round draft pick Rennia Davis. This season, Burrell was hurt in Tennessee's opener then missed 12 games before returning in January. She is averaging 11.8 points and has scored in double figures in 11 of the past 13 games. A fully healthy Burrell could have a lot of upside.


Egbo has been unsure about whether she will return for a fifth season, and it's unknown how the Bears' disappointing early-round loss in the national tourney will impact her decision. At her best, she is a very strong post player -- averaging 11.0 points and 8.4 rebounds -- and perhaps she could benefit from learning from a legend like Lynx center Sylvia Fowles, who will be in her last season. Or Egbo could decide another season in college, playing for former WNBA coach Nicki Collen, would be best.

Bell had two really good seasons with the Eagles after transferring from Ohio State, where she was on the Big Ten all-freshman team. As a powerful, 6-foot-1 player, she was able to impose her will often in Atlantic Sun competition. So how will that translate to the WNBA? The Sparks could see her as a good addition to their perimeter in terms of size. She is a draft-eligible junior who already has announced she will enter this draft.

Joens might decide to stay as a "super senior" and play another year with younger sister Aubrey Joens and others in a strong current sophomore class. But Ashley Joens already is Iowa State's all-time scoring leader and has led the Cyclones back to the Sweet 16 for the first time in 12 years, so she might opt to move on. Some WNBA teams could be more likely than others to be bullish on how the 6-foot-1 Joens will adapt to the pro game; Indiana is one of them. Her scoring savvy, rebounding and work ethic are strong suits.

Williams has UConn's track record of success in the WNBA going for her, and there are games where she still wows us with her speed, skill and ability. But inconsistency has plagued Williams in her Huskies career, and she might feel frustrated that is a label she hasn't been able to shed in college. A fresh start in the WNBA might help, and new Aces coach Becky Hammon could be a good mentor.

Kone won't turn 20 until July, and at 6-foot-3, she is an intriguing, blossoming talent. Whether she is ready for the WNBA right now isn't certain, but the Sun might decide she is worth the pick on her potential alone. It's also possible other teams might choose to do that earlier in the first round. 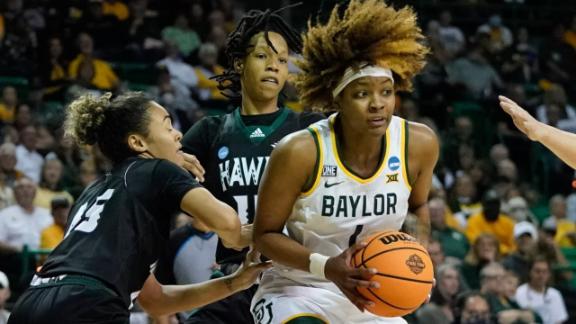