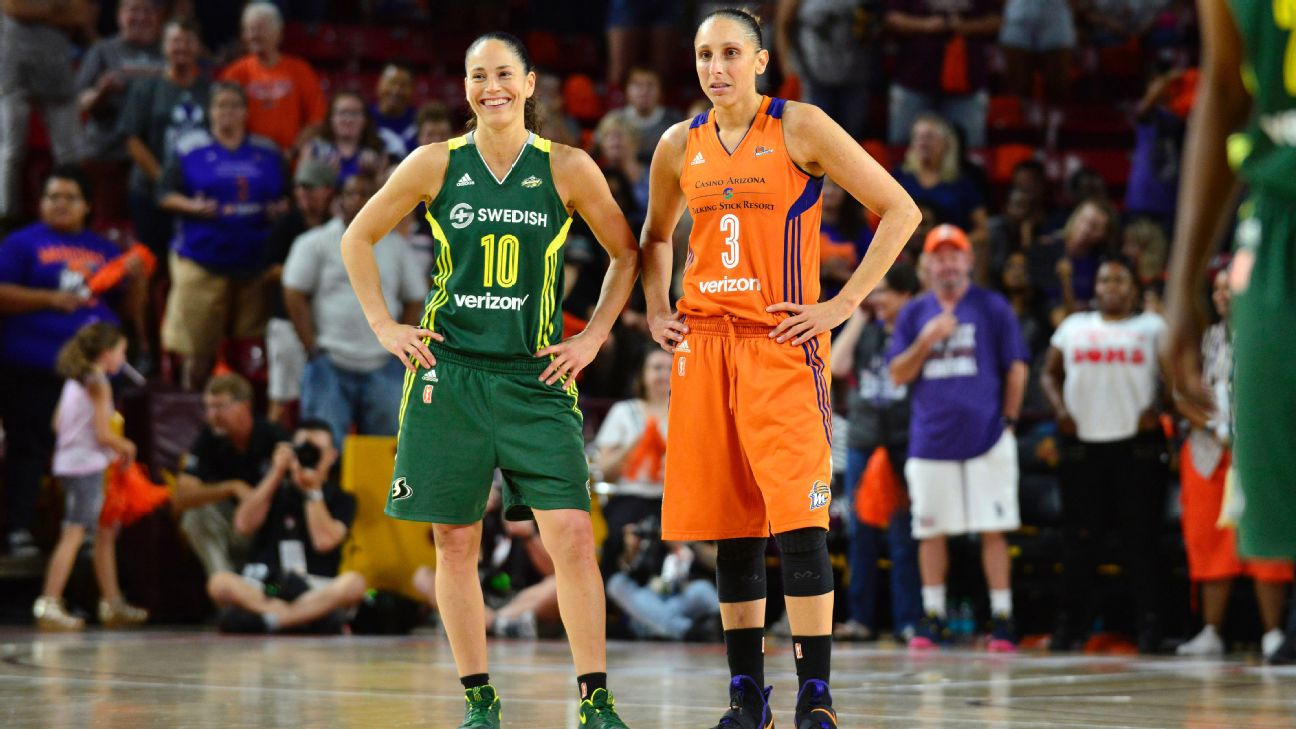 Ten current players, including five-time Olympians Sue Bird and Diana Taurasi, and three players who were three-time MVPs highlight the list of "The W25," which was unveiled Sunday by the WNBA as it celebrates its 25th anniversary season.

The league called it "a collection of the 25 greatest and most influential players in WNBA history," with players selected based on their overall contributions.


The WNBA began with 72 nominees chosen based on factors such as on-court performance and ability, leadership, sportsmanship and community service. Votes from a panel of media and women's basketball pioneers/advocates decided the W25.

Seattle's Bird, in her 18th season, and Phoenix's Taurasi, in her 17th, have spent their entire WNBA careers with the teams that drafted them. Bird has four WNBA championships with the Storm and Taurasi three with the Mercury; both teams have clinched playoff spots this season.

Bird, 40, is the oldest of the current players chosen and Stewart (27) is the youngest.

Also on the list is Maya Moore, who has not played since the 2018 season but hasn't announced her retirement.

The 14 retired players are led by three-time MVPs Lisa Leslie and Lauren Jackson, who played their entire WNBA careers for Los Angeles and Seattle, respectively, and Sheryl Swoopes, who spent most of her career with Houston. All three are in the Naismith and Women's Basketball halls of fame, with Jackson being inducted into both this year.

Twenty-two members of the W25 have won at least one WNBA title, led by four each for Augustus, Bird, Cooper, Moore, Swoopes, Thompson and Whalen. Hammon didn't win a championship in her career, and Charles and McCoughtry are still seeking their first.

The nominees were required to have been a member of a WNBA team for at least two seasons and have met four of the following seven criteria: win a major individual award; be selected to either the All-WNBA first or second teams; be selected to either the All-Defensive first or second teams; be selected as an All-Star; win a WNBA championship; be currently ranked among the top 40 career leaders in at least one major statistical category; or be a recipient of the WNBA's season-long Community Assist Award.

WNBA fans will be able to pick their favorite player as greatest in WNBA history in the "Vote for the GOAT" campaign starting Sunday at 5 p.m. ET through Sept. 19, the end of the regular season. Fans can vote via the WNBA's website and app or via Twitter. The winner will be revealed during the WNBA Finals in October. 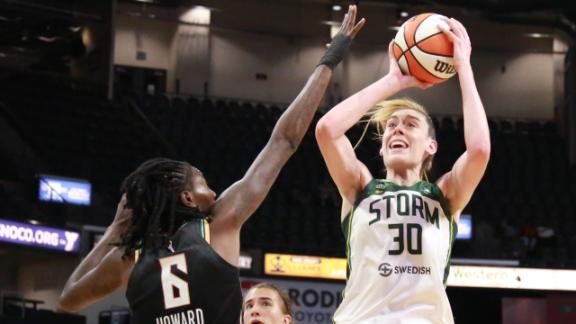