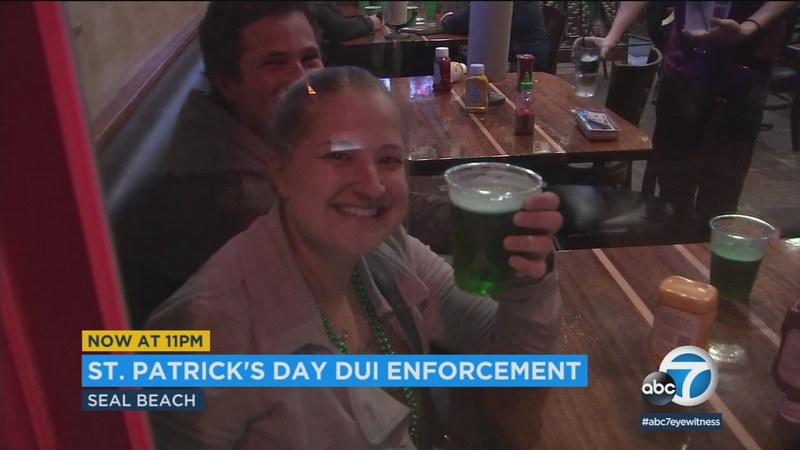 There are four Irish bars along the beach community's main street.

Authorities are urging people who go out and drink not to get behind the wheel.

"We do have a lot of officers on Pacific Coast Highway and the surrounding areas on the lookout for drunk drivers, and we are actively enforcing DUI laws tonight," said Seal Beach Police Sgt. Nick Nicholas.

Officers from a half dozen departments as well as sheriff's deputies have been brought in to patrol the streets on foot and in vehicles.

Members of the local Lions Club are offering free rides home to anyone in need.

"I've done at least half a dozen myself tonight," said Mike Gibbons of the Seal Beach Lions Club. "We've got three vans running, so we'll probably do a few dozen people before the evening is over."

There are two designated pickup and drop-off locations for Lyft and Uber.