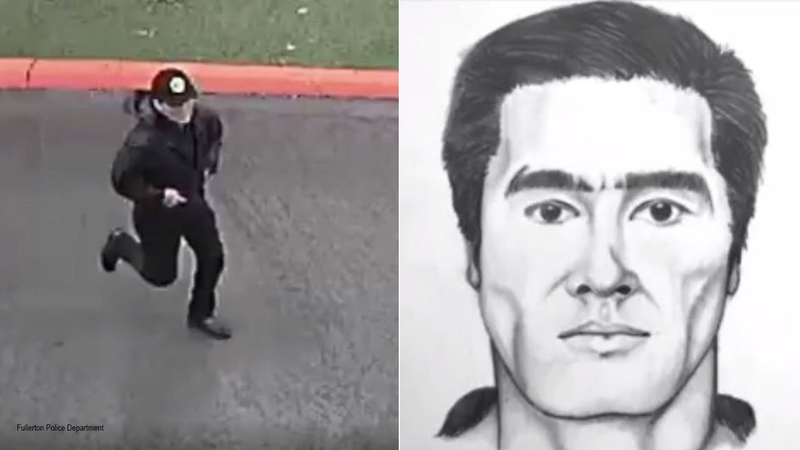 FULLERTON, Calif. (KABC) -- Surveillance video of the suspect sought in the fatal stabbing of a California State University, Fullerton retired administrator has been released.

The video shows the male suspect running away from the crime scene. He was seen leaving a nearby parking lot east of the 57 Freeway in a black four-door sedan with black wheels and dark tinted windows. Authorities believe the car is a newer model BMW X6.

The victim was found with multiple stab wounds in campus parking Lot S, on the corner of College Place and Langsdorf Drive, after somebody who witnessed the incident called 911 around 8:30 a.m. Monday. The suspect, a man in his 20s with black hair, black pants and a black shirt, was last seen heading eastbound on Nutwood Avenue. Authorities were using bloodhounds to try and locate him.

Chan leaves behind two sons and a wife, according to neighbors.