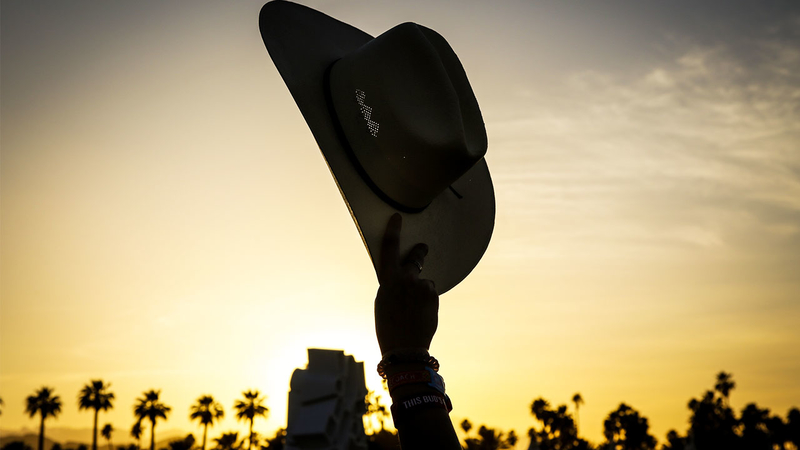 The annual three-day event at the Empire Polo Club in Indio is slated for April 29-May 1 -- one week after weekend two of the Coachella Valley Music and Arts Festival, according to Goldenvoice, the concert promoter for both festivals.

Both Stagecoach and Coachella were postponed twice due to the coronavirus pandemic.

Rhett will headline Friday's first night of the festival, which will also feature Brandi Carlile and Ryan Hurd. Underwood will headline Saturday, preceded by Cody Jinks and Jimmie Allen. Sunday's finale is headlined by Combs, but also feature the Black Crowes, Cody Johnson, Smokey Robinson and the Mavericks.

Lil Nas X, Alan Jackson and ZZ Top were initially scheduled to play Stagecoach prior to the pandemic. It was unclear why they were not included in the 2022 festival.

Meanwhile, Coachella is slated for the weekends of April 15-17 and April 22-24. Lineup information for that festival has not been released.

Pre-sale tickets for Coachella sold out soon after going on sale last month. Goldenvoice said fans can still sign up for the waitlist.

Additional tickets typically go up for sale for Coachella Valley residents closer to the festival dates, but additional information about that process were not announced.

Information about Coachella can be accessed at www.coachella.com.

More information about Stagecoach can be found at www.stagecoachfestival.com.

Beginning July 3rd, the Hollywood Bowl is making a triumphant comeback following the COVID-19 shutdown. The fan favorite venue will be at full capacity, with food, drink, and security all reflective of its pre-pandemic practices.