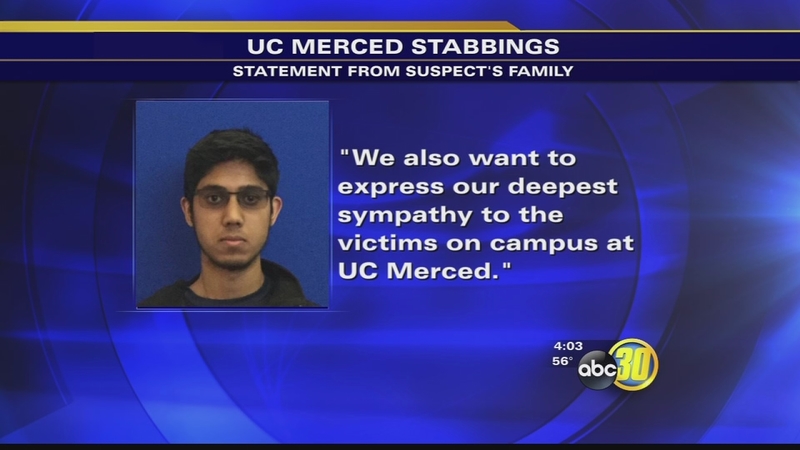 MERCED, Calif. -- A statement was released Tuesday from the family of the suspect in the UC Merced stabbings.