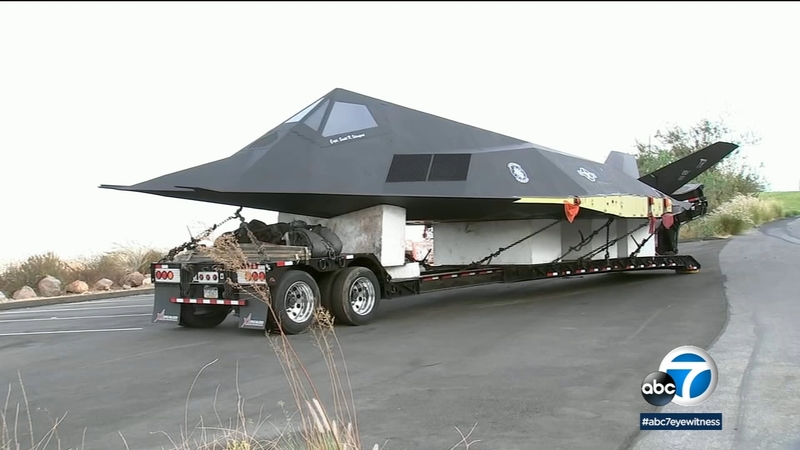 The F-117 Nighthawk, nicknamed "Unexpected Guest," entered service in 1984 during Reagan's presidency. It flew 78 combat sorties, more than all the other F-117s combined, according to the library.

Look what just pulled into the parking lot at the Reagan Library! #f117 #stealthfighter @ABC7 pic.twitter.com/XGgS2abG41

At the time it entered service, Stealth technology was still considered classified and the aircraft were't publicly acknowledged until 1988.

It joins other aircraft on display at the library, including Air Force One. It will be exhibited outdoors, near the library's F-14 aircraft.

Lockheed Martin in the Antelope Valley restored and prepared the aircraft for display.