Everything you need to know about Treasury Secretary nominee Steven Mnuchin 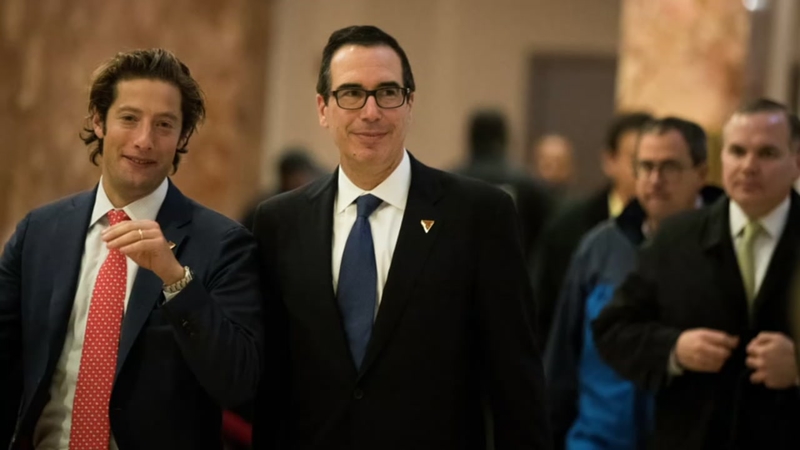 Everything you need to know about Treasury Secretary nominee Steven Mnuchin

Former Goldman Sachs executive Steven Mnuchin has been selected by President-elect Donald Trump to serve as secretary of the Treasury.

Mnuchin is a co-founder, co-CEO and the chairman of Dune Capital Management. He served as the finance chairman for Trump's campaign.

According to ABC News, CIT Group, a lending company on which Mnuchin is a board member, faces a housing discrimination complaint.

Mnuchin's appointment must be confirmed by the Senate.