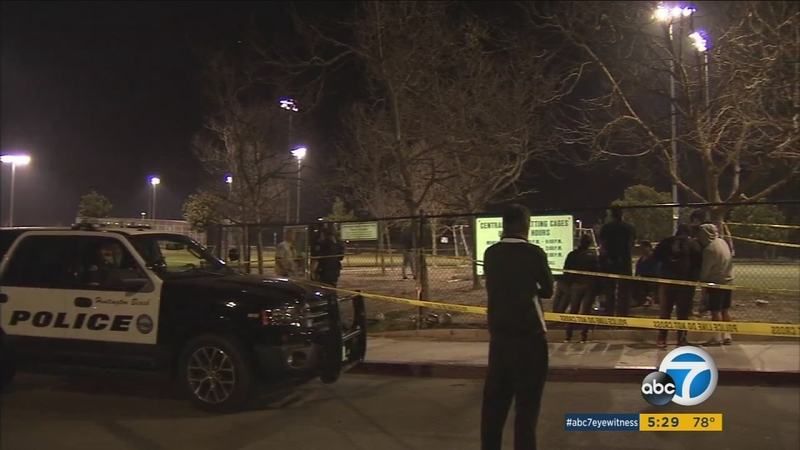 HUNTINGTON BEACH, Calif. (KABC) -- The family of a man shot and killed by Huntington Beach police are suing the city and the officers involved in that shooting.

Angela Hernandez broke down Friday as she spoke about the death of her son, 29-year-old Steven Schiltz.

Schiltz was shot and killed by two Huntington Beach police officers at the city's sports complex on March 9.

"There is no dollar amount that will ever bring my son back, but I know I have to be here and stand up for him and myself," she said.

At the Santa Ana Federal Courthouse, Hernandez and her attorney, Dale Galipo, filed a civil rights lawsuit against the city of Huntington Beach, seeking $20 million in damages.

On the night he died, police and witnesses said Schiltz was armed with a bat and a broken bottle, threatening children and adults on a soccer field.

Police said he refused to put down his weapons.

"I don't believe that, if anything, if Stevie was running into those bleachers, he was running for help," Hernandez said.

The lawsuit alleges Schiltz was running to the field because he had been attacked while waiting for his softball game to start. They're seeking other witnesses.

Records show Hernandez once filed a restraining order against her son, who suffered from a mental illness.

She said she hopes the lawsuit will help prevent other officer-involved shootings.