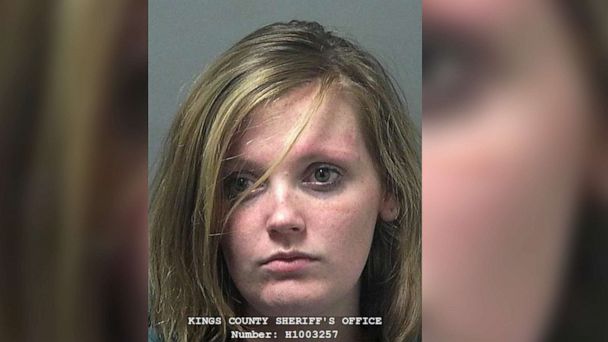 Los Angeles -- A 25-year-old mother in central California has been arrested and charged with the murder of her stillborn child after officials detected high levels of methamphetamine in the baby's system.

According to a news release by the Hanford Police Department, Chelsea Becker delivered a stillborn baby boy on Sept. 10. Medical professionals suspected that the baby had been exposed to drugs while Becker was pregnant. The Kings County Coroner's Office later ruled the child's death as a homicide because of the high levels of methamphetamine found in its system.

Once in custody, Becker confessed to law enforcement that she had used methamphetamine at least three days before giving birth.

According to Sergeant Justin Vallin of the Hanford Police Department, the coroner's report shows that the baby had five times the toxic level of methamphetamine -- levels usually measured for an adult.

"It's a very disturbing, very sad case. In this incident she'd been educated by numerous outlets prior to giving birth to this fourth child," Vallin said.

Becker has had three other children that have been removed from her custody over the last several years because of drug abuse. All are under the age of 10, police said.

On Monday a warrant was put out for Becker's arrest and she is now being held at King's County Jail with $5 million bail. She pleaded not guilty at her arraignment, and her next hearing is set for Nov. 19.
Report a correction or typo
Related topics:
abc newsnational
Copyright © 2020 ABC News Internet Ventures.
More Videos
From CNN Newsource affiliates
TOP STORIES