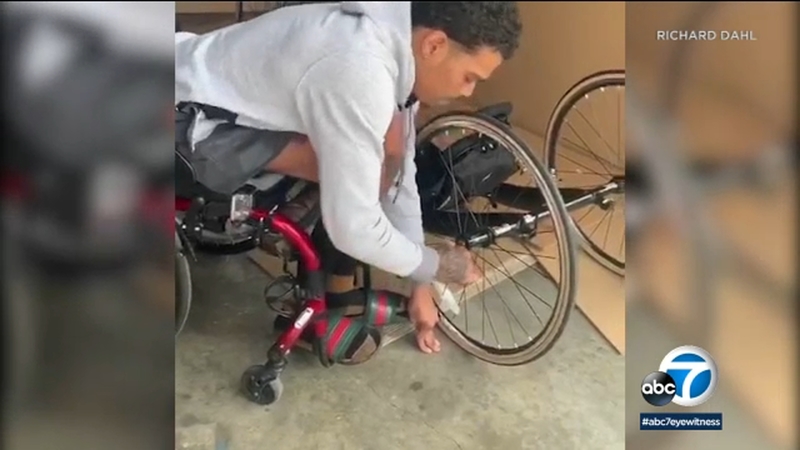 LONG BEACH (KABC) -- A man who is disabled in Long Beach is pleading for the public's help in searching for a key component in his mobility: his handcycle.

Richard Dahl was paralyzed in June 2017, a month after graduating college.

Just last week, his handcycle, which he used for exercise and getting around, was stolen out of his backyard.

Dahl had received the bike through a $6,000 grant.

He says the thief didn't just steal his bike, but also took part of his independence.