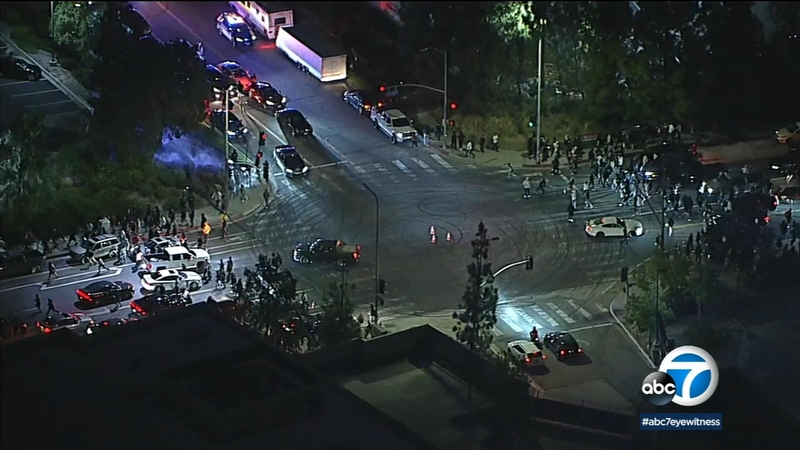 The Los Angeles Police Department said there were seven street takeovers in total, but the largest one took place near the intersection of Roscoe Boulevard and Coldwater Canyon in Sun Valley.

That street takeover consisted of about 150 people and 100 cars. People had been racing and drifting when the first police units shows up, police said. Drivers in that incident also scattered and left eight cars stranded at the scene.

LAPD and the California Highway Patrol busted a street takeover in Sun Valley.

AIR7 HD was over the scene as LAPD officers and the California Highway Patrol swooped in to break up another such incident in Granada Hills just before 11:20 p.m.

Video showed dozens of people running from the area and others taking off in their cars as soon as officers arrived.

Video showed dozens of people running from the area and others taking off in their cars as soon as police arrived to break up a street takeover in Granada Hills.