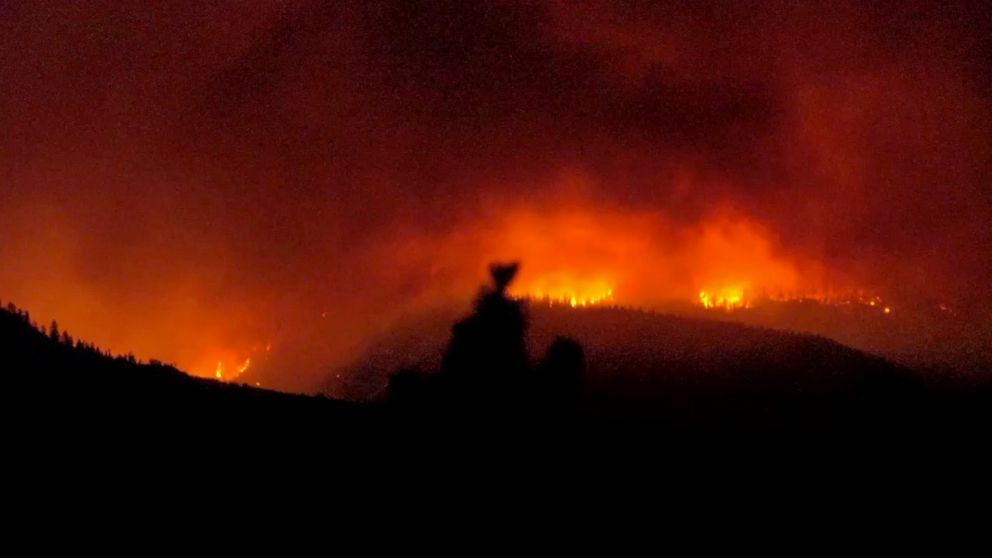 Due to gusty winds and record heat in the Southwest and California, the areas are facing a critical fire danger Friday, especially in the Golden State.

Fire danger alerts stretch from California all the way to Indiana Friday and into the weekend.

Wind gusts could reach 30 to 55 mph from California to Colorado and red flag warnings have been issued for parts of Northern and Southern California.

A heat advisory has been issued for almost the entire California coast, from the Mexican border to north of San Francisco, where temps will reach close to 100 degrees. Record highs are expected again Friday.

More than a dozen record highs were reported across the Southwest Thursday, including Palm Springs, California, at 109 degrees, which was the hottest temperature in the country.

Palm Springs has had 146 days this year, where temperatures reached 100-plus, which is a single-year record for the city.

There is some good news for California, it looks like record high temperatures will cool down soon, especially in the Bay area, where temps will go from the 90s down to the 70s. Even Burbank will be in more comfortable, in the lower to middle 80s by early next week. However, there is no rain is forecast for the state.

Meanwhile, it's starting to cool down for large portions of the U.S quickly.

East of the Rockies, it's getting cold, where it almost feels like winter for millions Friday morning.

The wind chill makes it feel likes it's freezing in Chicago while it's in the 20s in Green Bay Friday.

Freeze and frost alerts have been posted from the Rockies to western New York state.

On the East Coast Friday night, temperatures will fall 20 to 30 degrees, with wind chills by Saturday morning in the 20s and 30s for the Northeast.