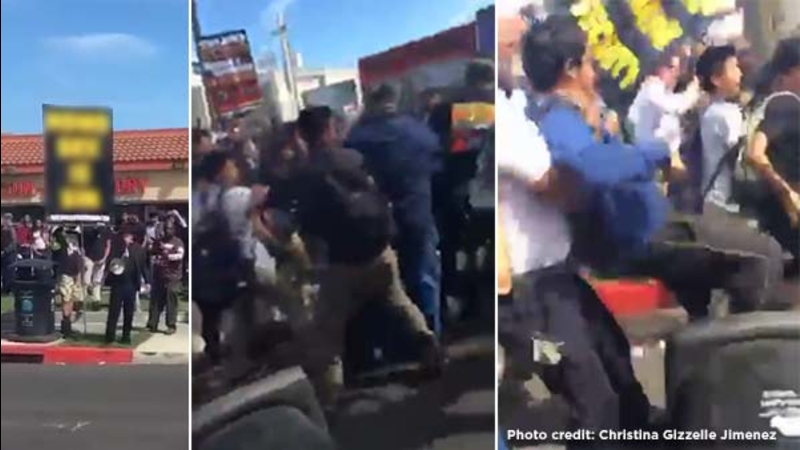 The protesters were across the street from the school carrying signs and a bullhorn, authorities stated. When classes were dismissed, police said several students crossed the street and confronted the protesters.

Police said some students began throwing objects at the protesters and then a fight occurred.

Officers arrived at the scene to provide protection for the protesters, but police said the protesters decided to leave the area. According to officials, no one was injured, and one person was detained.

There are extra patrols and increased police presence in the area in case of more protest following Tuesday's brawl.

Santee Education Complex is part of the Partnership for Los Angeles Schools.