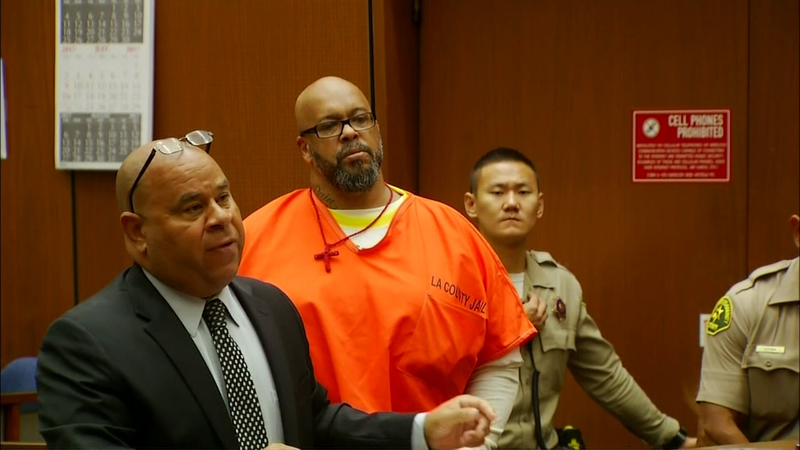 Knight entered his plea in a downtown Los Angeles courtroom on Thursday morning.

Knight was ordered to return for a hearing Aug. 10.

The new charge comes as the music mogul is already awaiting trial for a deadly hit-and-run in 2015 in which he's been charged with murder and attempted murder.

Knight's defense attorney believes the new charge of threatening is an attempt by the prosecution to add fuel to the fire of that case. He notes that it has been four years since the alleged threat was made and nothing had been heard about it until now.

Knight's family said the alleged threat was a text message that Knight sent in August 2014.

Defense attorney Martin Fletcher said he hadn't seen the text, but described its message as along the lines of "We all have families and we all need to eat. God bless you."

The actual wording of the text has not been released publicly, but the prosecution says Gray feared for his life after receiving it.

Knight's family is denouncing this charge, saying prosecutors had to hastily charge Knight because the statute of limitations was about to run out.

During the making of the 2014 movie "Straight Outta Compton," which chronicles the rise of the rap group N.W.A., there were reports that Knight did not like how he was depicted in the film.

His family said Thursday the issue was not about his depiction, but that his likeness was used in the film without compensation.

Knight has also pleaded not guilty to a separate 2014 robbery charge in which he's accused of stealing a camera from a photographer in Beverly Hills.

Knight has spent the better part of two years behind bars waiting for the murder trial to begin. It is scheduled to begin in January.