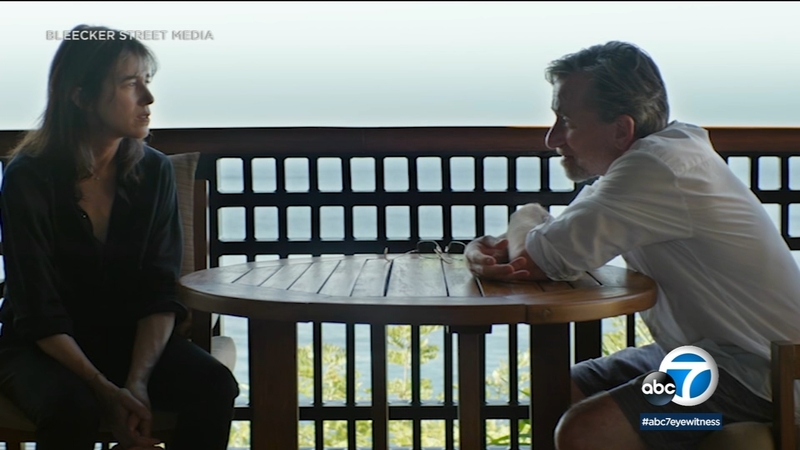 HOLLYWOOD -- The new movie, "Sundown," is aimed at keeping you wondering and guessing every step of the way.

The film begins with members of a wealthy family from England enjoying a vacation in Mexico until they're all summoned home because of an emergency.

Tim Roth heads the cast, playing a guy who lets his sister and her kids leave without him, claiming he couldn't find his passport, but why?

I told director Michel Franco that he dangles carrots in front of us for the entire film.

"I like the way you put it," Franco said. "But, yes, I think the most stimulating thing for me when I'm watching a movie is not to know what's going to happen."

He accomplishes that with his own film.

"If you, for whatever reason, don't watch the full movie, you know nothing about it." Franco said. "And that's what I like. And having said that, when you watch the end, you start thinking of the full movie and realize so many things. And you can watch it again and you'll get an entirely different film."

"Some people are seeing a comedy, some people are laughing a lot. Some people see it psychopathic, you know, sociopathic, whatever." Roth said. "In that respect, Michel has pulled something off which is the audience becomes part of the film itself and they choose what film they're seeing."

Also worth noting, something co-star Iazuas Larios said about the script.

"We never said a word of what is written." She said they improvised a lot.

The dramatic, mysterious, violent and romantic "Sundown" is in theaters in limited release this weekend.