Sunshine for most of US, but fog may cause flight delays on West Coast 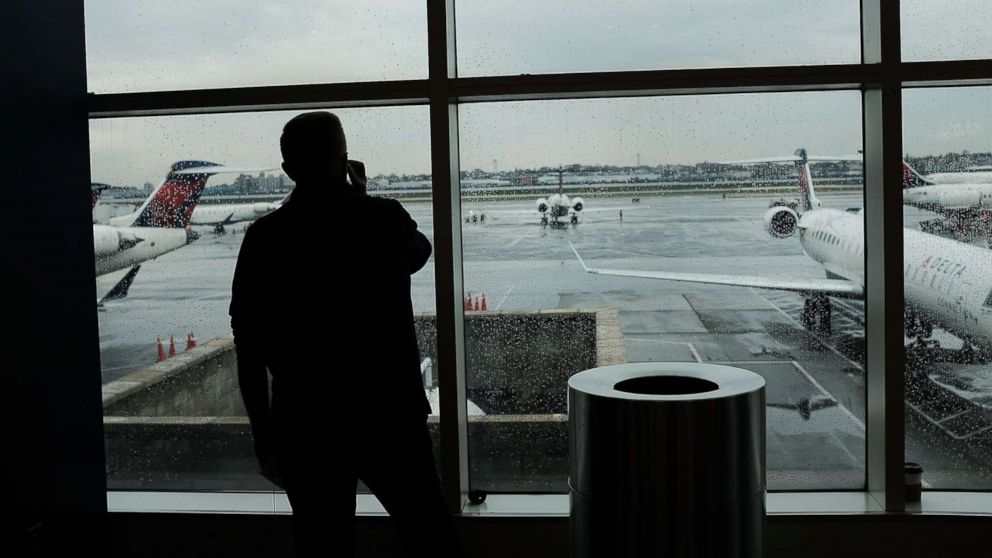 As millions of Americans take to the roads and skies Sunday, capping off their Thanksgiving weekend getaways, most of the U.S. will enjoy tranquil weather conditions.

In fact, sunglasses may be necessary in many parts of the country: Sunshine is in the forecast for the southwest, southeast, central plains and most of the upper midwest and northeast.

The West Coast is a slightly different story. Airport delays may occur Sunday along the West Coast, affecting Seattle and San Francisco airports, due to a new system bringing rain and wind. Los Angeles and San Diego airports may also have delays due to dense fog. But the fog will burn off by mid-morning.

The two systems heading towards the West Coast do not appear to be of major significance. The first system is already making its way into the northwest and will bring unsettled weather for much of Sunday. Heavy rain, some mountain snow, and gusty winds will be likely in Washington and Oregon. Winds could gust higher than 50 mph in some parts of the region through Sunday night. Locally, over three inches of rain is expected.

The next system sneaks in right behind Sunday morning's storm and will target areas further south by Sunday night into Monday. Out ahead of this storm, there will be eriods of gusty winds across much of the higher elevations of central and northern California, Oregon and western Nevada. This storm will bring a solid amount of rain to parts of the region and some mountain snow to the Sierra range. Some of the rain will make it all the way down to Point Conception in southern California.

Much of the southwest on Sunday, including parts of the front range of Colorado may see more daily records broken. Phoenix, Las Vegas and Denver are all primed to have record-breaking temperatures.

Monday looks to be a widespread record-breaking day from parts of Arizona all the way to South Dakota, including Amarillo, Texas; Wichita, Kansas; Lincoln, Nebraska; Cheyenne, Wyoming; Sioux Falls, South Dakota, and Des Moines, Iowa. Temperatures are expected to be 20-plus degrees above average in some spots, with central South Dakota possible reaching a temperature in the mid-70s.

But this streak of potentially record-breaking days appears to end on Tuesday, but relatively mild weather will remain in place for a large part of the country.

The active weather should remain confined to the western U.S., including the parts of the West Coast and the Rockies. There will be periods of snowfall through the higher elevations for the next several days.