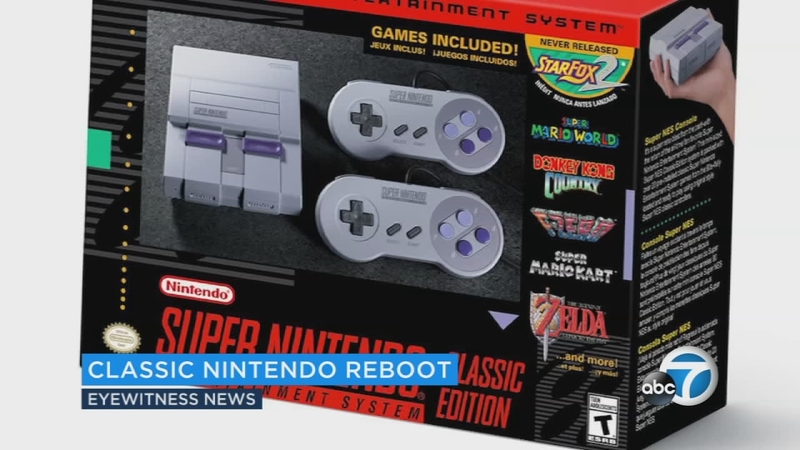 The original game console launched in 1991, debuting now-classic games like Super Mario World, The Legend of Zelda: A Link to the Past, Super Mario Kart, Super Metroid and more.

"While many people from around the world consider the Super NES to be one of the greatest video game systems ever made, many of our younger fans never had a chance to play it," said Doug Bowser, Nintendo of America's Senior Vice President of Sales and Marketing.

Nintendo is releasing the lauded system in a miniature version on Sept. 29. The new, smaller console will come pre-loaded with 21 classic games with the capacity to be plugged in to any high-definition TV using an included HDMI cable, according to Nintendo.

As an added bonus, the never-before-released sequel to the original Star Fox Super NES game -- Star Fox 2 -- will come with the system.

According to the company, the Super NES Classic Edition will have "the same look and feel of the original system," only smaller.