KABC
LONG BEACH, Calif. (KABC) -- Authorities say a man who was shot and killed in an officer-involved shooting inside a 7-Eleven store in Long Beach was allegedly holding a fake gun.

The suspect, identified by police as 18-year-old Jordan Michael Griffin, was confronted by officers after he exited the vehicle and entered the 7-Eleven. Officers opened fire when Griffin failed to comply with their commands, fearing for the safety of those inside the store, police said in a press release.

It was later determined that Griffin was allegedly holding a replica C02 BB Pistol, police added. 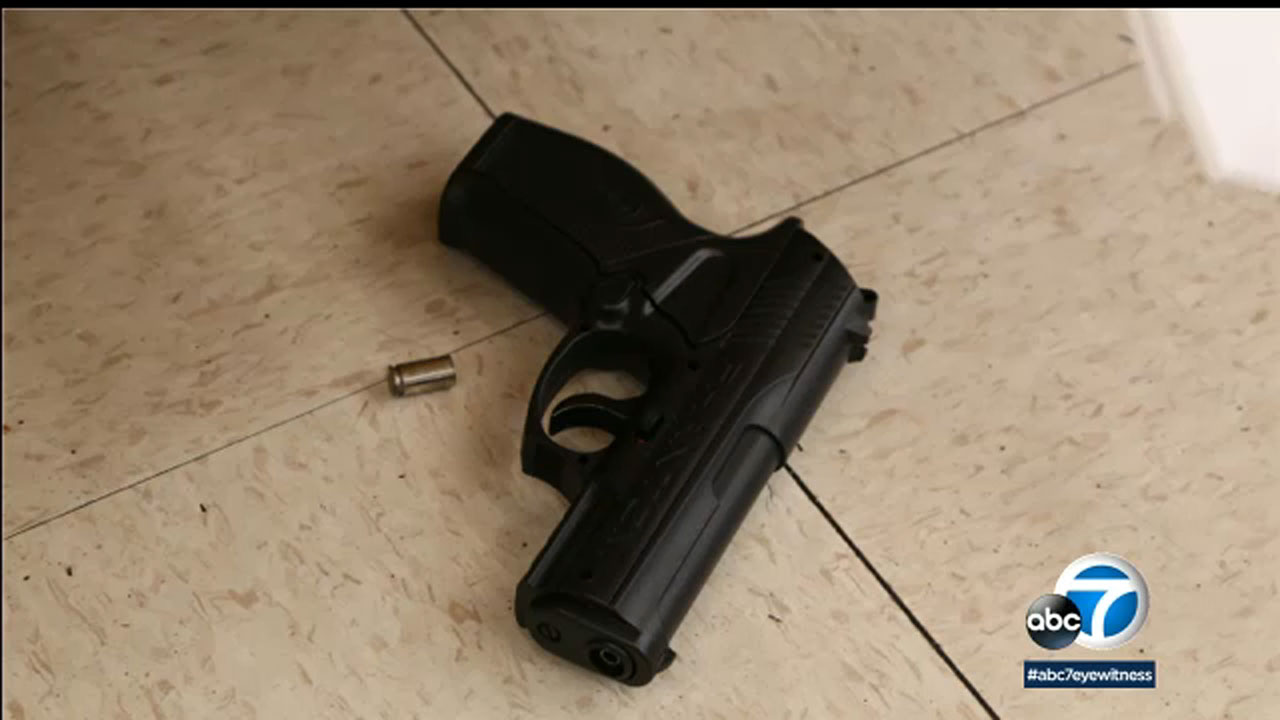 Griffin was pronounced dead at the scene. Another suspect, identified as 22-year-old Devontae Moore, was taken into custody and was being held on $350,000 bail.