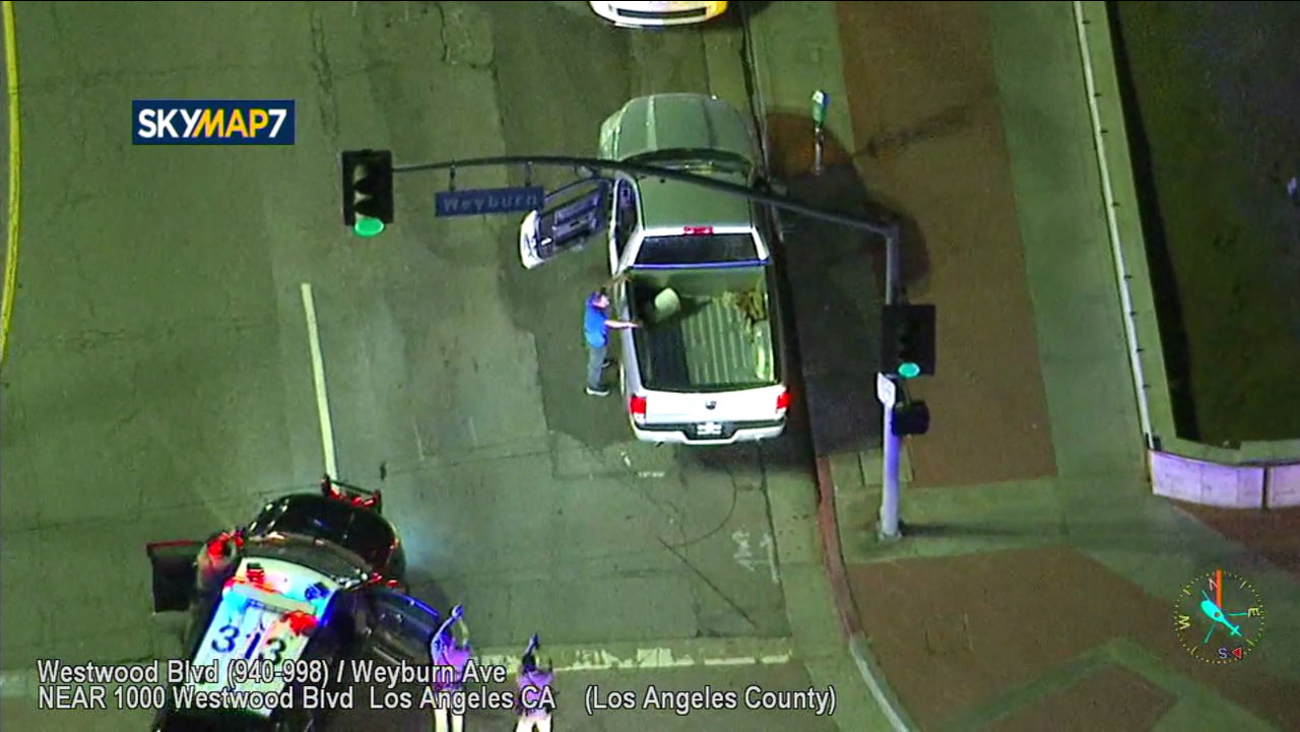 A suspect who led authorities on a short chase on the 405 Freeway surrenders in Westwood on Friday, March 23, 2018. (KABC)

WESTWOOD, LOS ANGELES (KABC) -- Authorities chased a suspect in a Dodge pickup truck on the northbound 405 Freeway and then took him into custody shortly after he pulled over in Westwood Friday night.

At one point, the suspect reached speeds as high as 90 mph while trying to evade California Highway Patrol.

The pickup truck appeared to have paper plates and authorities did not state how the chase started.

After some time on the freeway, the suspect exited Wilshire Boulevard. The suspect even stopped at two red lights, waving his hands at officers but not exiting the vehicle.

On surface streets, the suspect continued traveling at normal speeds but continued to ignore authorities behind him.

Within a few minutes, the suspect pulled over at the intersection of Westwood Boulevard and Weyburn Avenue then surrendered to police.

He was taken into custody and authorities searched his vehicle.