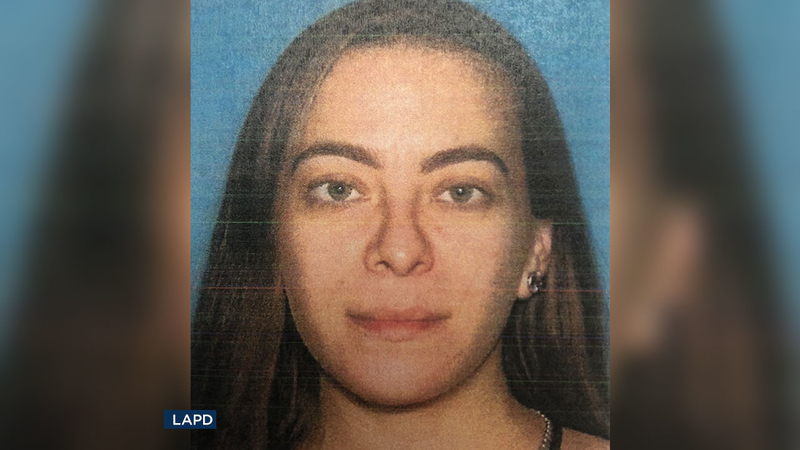 LOS ANGELES (KABC) -- A suspect in the hit-and-run that killed a father of four in Westlake last month surrendered to police on Wednesday, officials announced.

Vanessa Gutierrez, 35, of Los Angeles, had been sought in connection with the collision that killed Emelio Perez. He was struck while crossing the street on Nov. 21 and then died on Thanksgiving Day after being on life support for a week. His family had his organs donated.

Detectives later announced they were looking for two persons of interest, identified as Gutierrez and Destiny Williams, a woman in her 30s. It was not immediately clear Wednesday whether Williams was also in contact with authorities and what role she may have played in the collision.

"We released Vanessa's pic in hopes of locating the driver of the black vehicle that was seen picking her up after she left the Tesla on Saint Andrews Place after the hit and run," tweeted LAPD Det. Moses Castillo.

Gutierrez surrendered to police Wednesday at 2:30 p.m. and was booked for felony hit and run, police said.

We at CTD are pleased to announce we have made an arrest on the white Tesla fatal hit and run that occurred on Nov 21. Vanessa Gutierrez, age 35 of Los Angeles surrendered at CTD at 2:30pm & was booked 20001 VC Felony Hit & Run. Thank you to our media partners for your help

Perez was walking across Olympic Boulevard, between Grand View and Lake Street, about 11 p.m. on Nov. 21 when he was struck by a white Tesla sedan, authorities said. He was rushed to a hospital after being found unconscious.

I can confirm that Emelio Perez went from being declared brain dead to being pronounced last night. Many of his organs were harvested for donations to those in need of transplants. His family elected to donate them. Now let’s get them justice! https://t.co/XtMVE2BYFL