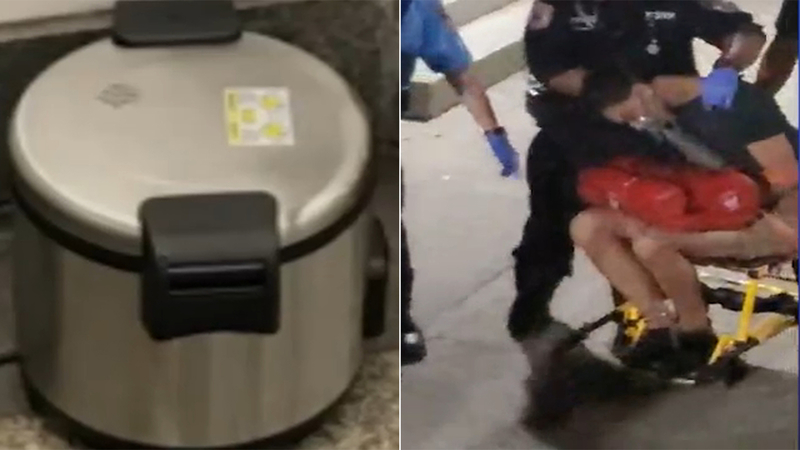 NEW YORK -- The man charged in connection to a suspicious package scare in New York City appeared in court Sunday.

Police have charged him with two counts of placing a false bomb after the discovery of two devices that looked like pressure cookers.

Griffin is due back in court Friday.

The incident disrupted the Friday morning commute and prompted a street closure before police determined the objects were rice cookers, not explosives.

Police were originally called to the scene for a possible overdose.

The two suspicious items were found inside the Fulton Street subway station in Lower Manhattan and the third found near garbage at 16th Street and 7th Avenue in Chelsea. One train was evacuated at Fulton Street, and trains were diverted from the station.

Surveillance video captured Griffin pushing a shopping cart outside of the Fulton Street station and placing the rice cooker on the mezzanine and then on the platform. Police said it is not clear whether he was trying to frighten people or merely throwing the objects away.

Investigators spent Saturday morning collecting evidence from the Bronx residence where that person of interest was found. They took a shopping cart, which was loaded into the crime scene van.