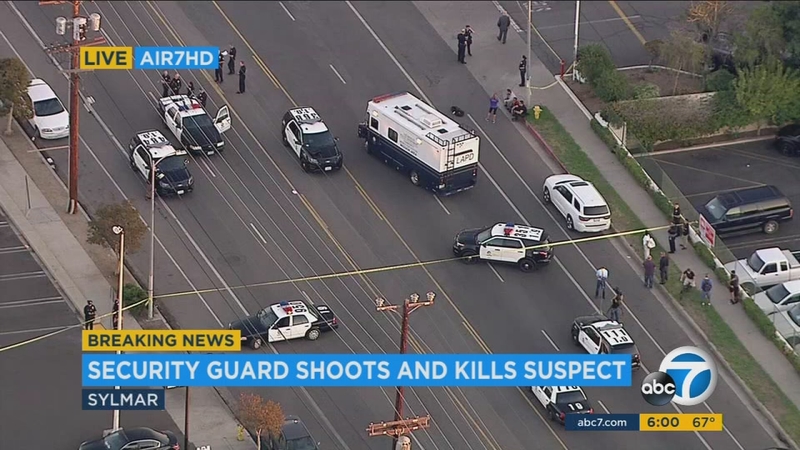 SYLMAR, LOS ANGELES (KABC) -- A security guard shot and killed a glass-wielding man in Sylmar on Tuesday, according to authorities.

Los Angeles police stated a bleeding man approached a female cashier at the Vons in the 1300 block of Foothill Boulevard, near Hubbard Street, at about 3:40 p.m.

The man, who officials said was in his mid-30s, had a broken bottle in his hand and he threatened to take the cashier hostage, according to police.

A male cashier intervened and the suspect left, leaving behind a trail of blood, authorities said.

According to officials, the suspect aggressively approached a security guard who was in a vehicle, possibly thinking he was a police officer. The security guard attempted to help the man when police said an altercation ensued.

The suspect's car was located in a neighboring parking lot with a small dog in the front seat, according to officials. Police said the dog was taken to animal services.

Authorities said the security guard was being questioned, but was not detained.