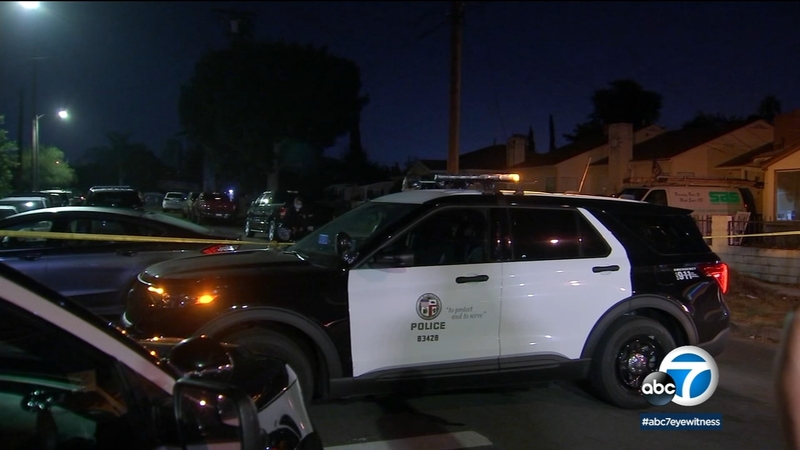 SYLMAR, Calif. (KABC) -- Police have arrested a 27-year-old man in the violent killing of a mother of three whose body was found in her Sylmar home last week.

On Saturday, Santa Monica police arrested Alejandro Balsells, 27, and transferred him to custody of the Los Angeles Police Department. He was being held on $2 million bail.

The victim was found in her Sylmar home on the night of Sept. 7.

Police identified the victim as Virginia Cantero, 36. The coroner's office listed her name as Virginia Luna.

The victim was home alone when her family returned from a Labor Day weekend trip to Mexico and found her deceased, a detective said. A vehicle was missing from the residence. A possible link between her death and a police chase that happened that night in Hollywood was under investigation.

Police have not said how she died, but said they were investigating a "violent homicide."

The woman appeared to have been deceased for several days. The vehicle was later recovered and investigators scoured it for evidence, authorities said.

"She had just lost her mother and her grandmother in the last year," Julie Todd, a friend of the victim, told ABC7. "So, I'm like, oh my God, this poor family. And I'm like, what is she going to do? She's got three young kids -- well, not real young, but teenagers."