Demonstrators gather in downtown LA to protest airstrikes in Syria 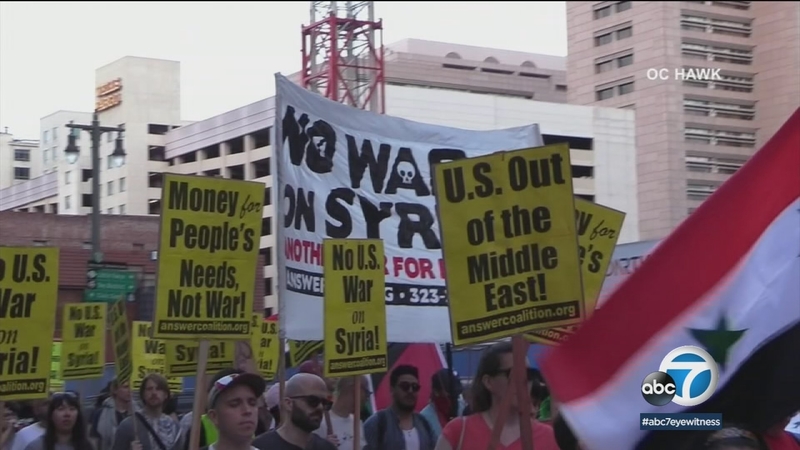 Groups gather in downtown LA to protest airstrikes in Syria

DOWNTOWN LOS ANGELES (KABC) -- An "emergency protest" was set up in downtown Los Angeles Saturday in response to the U.S.-led airstrikes on Syria done the night before.

The rally started 5 p.m. and was organized by the International Action Center. Other protests are being planned for the rest of the weekend and around the country.

Protests erupted around the same time last year, when President Donald Trump ordered Tomahawk missiles to strike a Syrian airfield in response to a sarin gas attack done on civilians by the country's government.

This recent strike was again in response to a suspected chemical weapons attack done last weekend. It was done as a joint effort between the United States, France and Britain.

Demonstrators are calling on the U.S. and its allies not to launch any more missile attacks. They are in favor of the U.S. being out of the Middle East and bringing all troops home as well as closing overseas bases.

The organization believes the Trump administration is trying to start a new war in the Middle East.