Tanker truck bursts into flames in crash near downtown LA 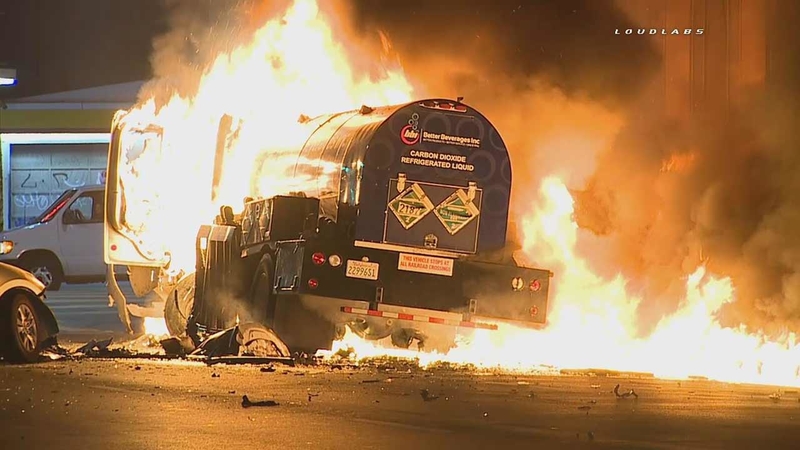 Tanker truck bursts into flames in crash near downtown LA

The wreck occurred around 3:30 a.m. in the 1500 block of Central Avenue near downtown Los Angeles near the 10 Freeway entrance. A male driver in a gray Honda was traveling in the wrong direction on 16th Street, lost control and collided head-on with the tanker, authorities said.

A tanker truck is seen after it caught fire in a crash near downtown Los Angeles on Monday, June 20, 2016.

Following the crash, the tanker truck burst into flames.

The driver of the Honda became trapped inside the car and had to be extricated. He was transported to an area hospital with severe injuries in critical condition.

The driver of the truck, a 61-year-old man, was transported to a hospital in fair condition.

Several surrounding streets were blocked off to traffic, but the freeway was not affected. The tanker truck was full of carbon dioxide, but authorities did not deem the crash a hazmat situation.