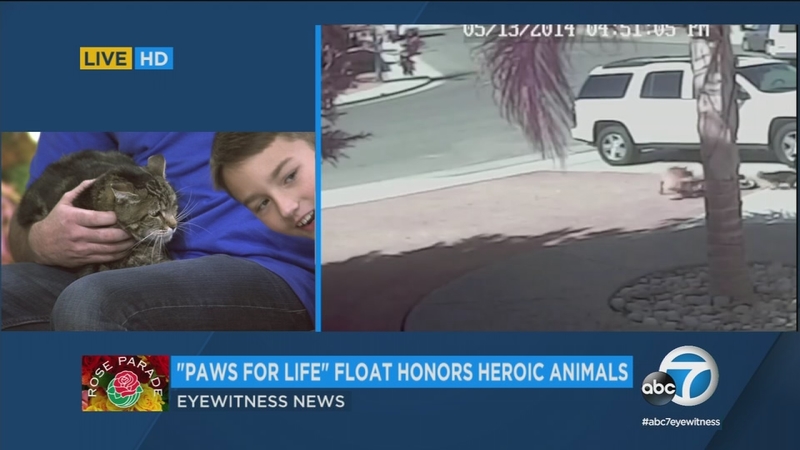 LOS ANGELES (KABC) -- Tara the cat, the heroic feline who chased off a dog that attacked her young owner in 2014, will be featured in a special Rose Parade float.