After being shut down due to COVID, the theater now has a new space to reopen in downtown Oxnard.
KABC
By George Pennacchio 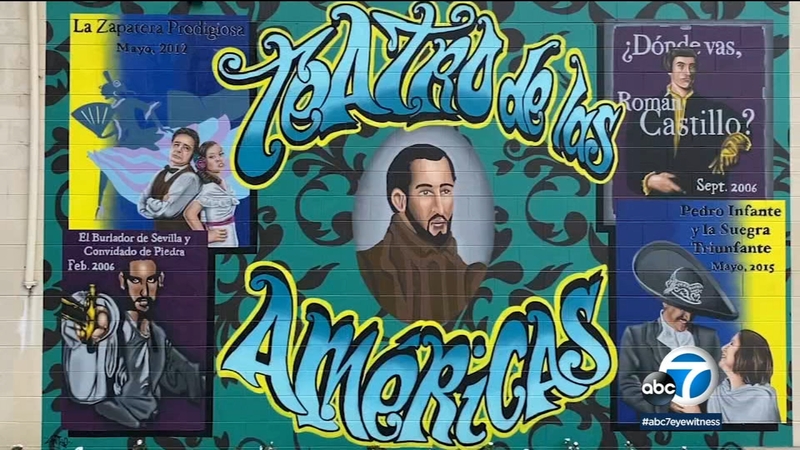 OXNARD (KABC) -- Spanish Language theater is back in Ventura County.

After being shut down due to the COVID-19 pandemic for more than a year, Teatro de las Américas has a new space in downtown Oxnard.


"A lot of Hispanic, Latinos live here in Ventura County. So it's a way of, kind of, like giving back to the culture," said Robert Sanchez, the acting teacher and director at Teatro de las Américas.

The bilingual theater company got its start in 1992.

"We felt kind of a mission, because most people in the area are not aware of the riches of Spanish language theater, in the Americas and Spain," said Margaret Cortese, the group's executive and artistic director. "So we decided we would provide an educational opportunity, and an artistic opportunity, for our community to enjoy. Plays originally written in Spanish and produced in Spanish."

From actors to activists, Latinos and Hispanics share stories of celebrating their heritage, expressing their identity and representing their diverse cultures.

For almost 30 years, actors and directors have entertained an underserved community, and to the delight of English speakers, Teatro de las Américas provides subtitles too.

"It's fun. It's creative. It's like a hobby for me. It's something to make me feel happy and just relax me," said Gladys Ramos, an acting student. "Sometimes I'm walking on the street and people recognize me from the plays."

For many of these actors, this has been their first opportunity to perform in their first language. Some have even been featured in movies and music videos.

"Every time we've done a play, there's always been a newbie, a novato on stage. To see the growth in that person has been awesome," said Cortese.

Next up, Teatro de las Américas is working on a live stage performance for Dia de los Muertos.