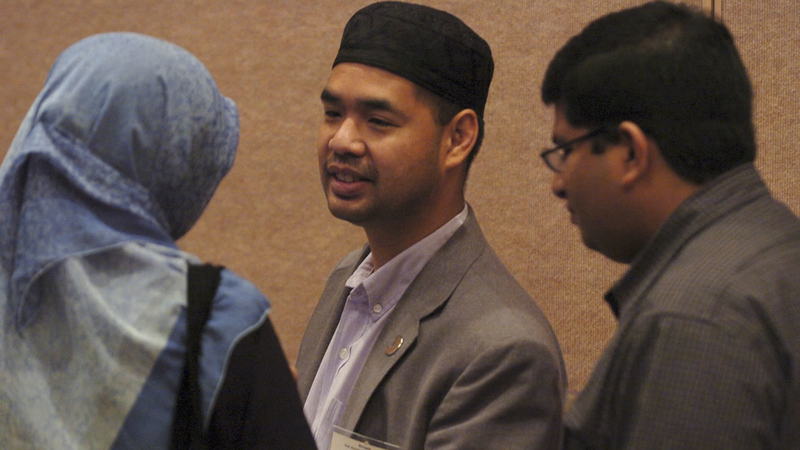 SAN FRANCISCO -- Engineers, designers and business executives are vowing not to build a database that would track Muslim Americans or anyone else based on their religion.

Their pledge went public at 10 a.m. on Tuesday.

So many people have signed up that organizers have had to recruit more people to help them verify names.

During the presidential campaign, then-candidate Donald Trump made conflicting statements about requiring all Muslims in the United States to register in a database. In one interview, he appeared to strongly support the idea, but later made more ambiguous statements about the concept.

Valerie Aurora is an independent consultant who specializes in diversity and inclusion in tech.

"The Never Again pledge is a pledge by individuals in tech to not participate in any kind of creation of a registry or database or list of people based on immigration status or religion because we believe that list will be used to violate human rights by the trump administration," said Aurora.

Aurora says since the signups went public, organizers have had a difficult time keeping up with the volume of requests, because they are working to verify the authenticity of names of people who join the effort.

She is hopeful every person with significant technology skills will sign the pledge.

"Unless we resist very strongly all of the things he has promised about databases and deportation will come to fruition," she worries.

The communications director for President-Elect Trump's transition team previously issued a statement that reads in part: "Trump has never advocated for any registry or system that tracks individuals based on their religion and to imply otherwise is completely false."

But that's not slowing down the Never Again group, whose website states: "We have educated ourselves on the history of threats like these, and on the roles that technology and technologists played in carrying them out. Today, we stand together to say: not on our watch, and never again."

Spojmie Nasiri, president of the San Francisco Bay Area chapter of the Council on American Islamic Relations, wrote, "CAIR, America's largest Muslim civil rights organization welcomes the solidarity of the technology companies in the United States with Muslim Americans and immigrant communities. The technology communities' stance against anti-Muslim and xenophobic hatred, including hate crimes and hate speech against American Muslims and immigrants, as well as religious profiling and prejudice, is vital to protecting rights under the United State Constitution."