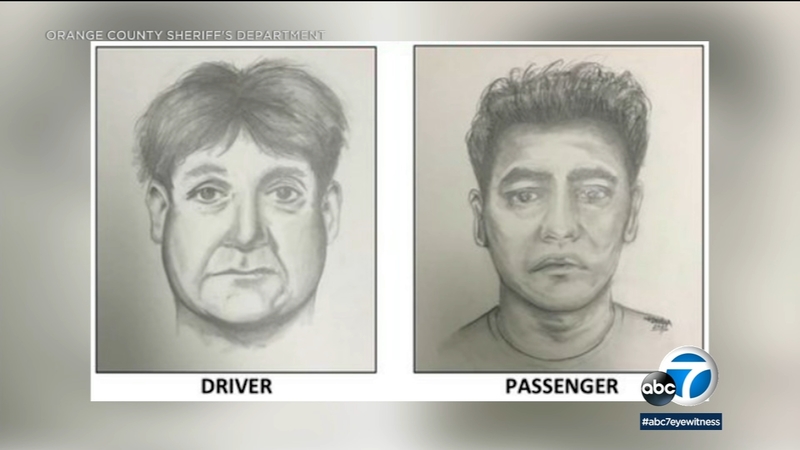 RANCHO SANTA MARGARITA, Calif. (KABC) -- Authorities are warning the community to look out for two men who allegedly followed a teenager in Orange County.

The Sheriff's Department released sketches of the men who they say followed a 15-year-old girl as she was running on the sidewalk of Antonio Parkway, between Tijeras Creek and Via Entrada, in Rancho Santa Margarita on Tuesday.

At one point, the men got out of a vehicle - described as a white older model Chevrolet truck with black fenders - "in close proximity" to the teen, according to a press release from the department.

That's when deputies say she ran from them. The men got back into the truck and continued to follow her until she pulled out her cell phone and they drove away, the department said.