What to watch this October: On The Red Carpet previews new shows, Halloween programming

It's spooky season and that means lots of Halloween programming! Plus, here's a look at the new shows coming to TV.
OTRC
By Andrea Lans 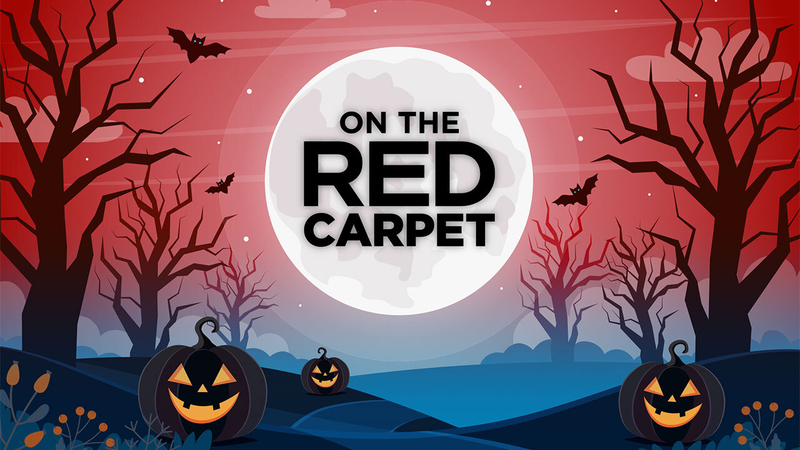 What to watch this October: New shows, Halloween programming

This October is jam-packed with new premieres, not to mention tons of spooky Halloween programming. On The Red Carpet has your first look at the best new shows and movies coming soon to the screen.

ABC's new drama "Queens" follows four women in their 40s who used to rule the hip hop world with their girl group and are now reuniting in attempt to recapture their fame. The series stars Eve, Brandy, Naturi Naughton and Nadine Velazquez and premieres Oct. 19.

Singer and actress Naturi Naughton gives On The Red Carpet the inside scoop on her new drama, "Queens."

A new special on ABC will celebrate a huge milestone for Walt Disney World. "The Most Magical Story on Earth: 50 Years of Walt Disney World," hosted by Whoopi Goldberg, will take a look back at the park's 50 years of history. The special, airing Oct. 1, will feature tons of celebrity guests and musical performances.

There will be no shortage of Halloween programming this October. Freeform will return with 31 Nights of Halloween, Disney+ will present its Hallowstream celebration and Hulu will be back with its fourth annual Huluween.

Disney Channel is brewing up its own set of tricks and treats for fans. Premiering on Oct. 1 is "Under Wraps," a remake of the beloved 1997 classic and the first-ever Disney Channel original movie. The film follows three friends who awaken a 4,000-year-old mummy. Following the movie's premiere is new animated buddy-comedy "The Ghost and Molly McGee," which tells the misadventures of an optimistic young girl and her new ghost best friend.

For the movie buffs -- there are tons of great releases to look out for, including historical drama "The Last Duel" (Oct. 15), Wes Anderson's "The French Dispatch" (Oct. 22), animated adventure movie Ron's Gone Wrong (Oct. 22) and horror film "Antlers" (Oct. 29).

You can watch "On The Red Carpet: October Preview" on these ABC Owned Television Stations:


RELATED | On The Red Carpet fall preview: What to watch this September