Tennessee parents charged with trying to sell their baby on Craigslist 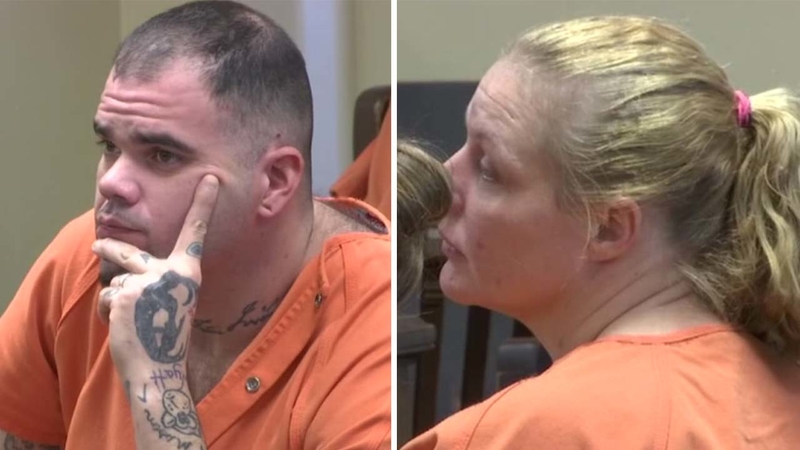 Parents charged for trying to sell their baby on Craigslist

GREENVILLE, Tenn. -- A Tennessee couple accused of trying to sell their baby after posting an ad on Craigslist was in court Friday morning for a preliminary hearing.

Investigators said Greer and Cain tried to sell their 5-month-old for $3,000, according to WATE-TV.

The police department said they received information that someone was trying to sell a baby on Craigslist. Special agents were called in to assist in the investigation and to answer the ad.

Later that day, investigators say they met Cain and Greer, who attempted to follow through with the agreement they made over the phone. Instead of getting their money, the parents were taken to jail, and their child was taken into custody by the Department of Children's Services.

In court, the state brought witnesses like agent Chris Wilhoit to testify.

"She said she had done this before," Wilhoit said in court. "She had an 11-year-old daughter who was doing well, that she had given up in the past in this way."

Agent Wilhoit went undercover in a sting operation, posing as a preacher and meeting with the couple at the Dollar General on March 24 for an unusual transfer: exchanging their five-month-old baby for $3,000 cash.

"She had paperwork that she read to me," Wilhoit said, "that she called guardianship paperwork, saying she was giving me and my alleged wife guardianship of the child."

His testimony released yet another surprise.

"She told me during a conversation that she was pregnant," he said. "(She said) she got pregnant real easy, even when taking birth control pills. She said she was ill and had a tumor."

Shoun said she traded texts and phone calls with Greer to set up the meeting at the Dollar General.

"She was adamant that this was not, in her words, 'selling the child,'" Shoun said when asked about her conversations with Greer. "This was an adoption, and the $3,000 would be considered for expenses."

Shoun also told prosecutor Chal Thompson that Greer suggested that they erase the text messages because it "might not look good."

But the defense, attorneys Todd Estep and Johnathan Cave, raised questions of their own, like how the couple never wrote "for sale" in their Craigslist ad and how the state failed to present any evidence that Greer or Cain intended to harm the child.

The case was sent over to a grand jury.